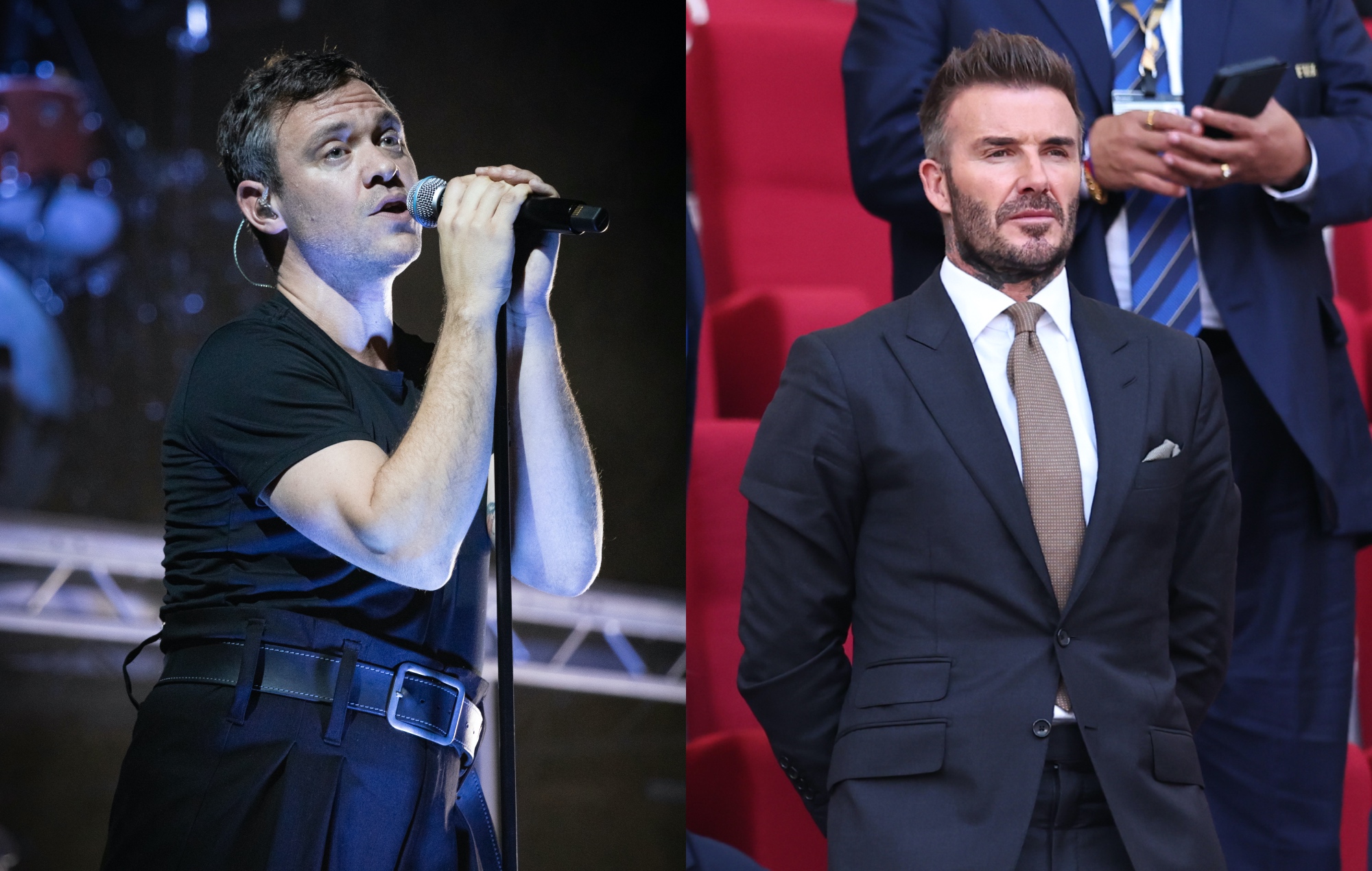 Will Young has hit out at David Beckham over the former footballer accepting a paid ambassador role for Qatar during the 2022 World Cup.

The tournament’s host nation has been widely condemned over its views on homosexuality (which is illegal in Qatar), women’s rights, and the deaths of migrant workers who built the stadiums.

Beckham has faced particular criticism owing to his reported £10million deal to serve as an ambassador for this year’s World Cup – a move that is seen to be at odds with the star’s “gay icon” status.

Comedian Joel Lycett recently described Beckham’s participation in the competition as “total bullshit” while revealing the truth behind his £10k shredded money stunt.

Taking to Instagram yesterday (November 23), Young expressed his disappointment in Beckham for not speaking out against the issues in Qatar and urged him to donate to LGBTQIA+ charities in the country.

“Qatar is of course not the only country in the world with appalling records on human rights,” Young’s post began. “The argument that sport is not political is duplicitous and two faced. Look at South Africa during apartheid, look at Russia now. Who decides the yays and the nays?

“What is undoubtedly clear however is a star like you @davidbeckham who I once sang for (not for any money I hasten to add) at your birthday has disappointed me more than I can say. Our paths crossed a fair few times due to being with 19 Management and you were always friendly and generous.”

Young went on to say that Beckham’s decision to accept an alleged £150million from Qatar over a 15-year period was “greedy enough”, but said turning a blind eye was “repellent and cowardice personified”.

“So here is what I suggest if you won’t change your mind: give £1 million to LGBTQIA+ charities in Qatar every year that you get your £10 million a year,” the singer wrote.

“Can something be salvaged from this odious deal? Perhaps those funds can help provide much needed safety to those living in terror whilst your posters smile down on the people of Qatar.”

Earlier this month, Joe Lycett offered to donate £10,000 of his own money to queer charities if Beckham ended the sponsorship deal before the World Cup started, and promised he would shred the cash if he didn’t withdraw.

The comic appeared to follow through with the vow last Sunday (November 20) before explaining that he’d actually donated the money rather than destroying it.

“I never expected to hear from [Beckham],” he told viewers in the video. “It was an empty threat designed to get people talking. In many ways, it was like your deal with Qatar, David. Total bullshit from the start.”

The clip concluded with Lycett shredding Beckham’s 2002 Attitude magazine cover from June 2002. That issue marked the first time a gay magazine had featured a Premier League footballer on the front.

Meanwhile, Melanie C – whose former Spice Girls bandmate Victoria is married to Beckham – said she “wouldn’t be comfortable” performing at the 2022 World Cup in Qatar as an LGBTQ+ ally.

Other artists to have distanced themselves from the tournament include Dua Lipa and Rod Stewart.

Robbie Williams has defended his decision to perform as part of this year’s World Cup next month. The pop star said it’d be “hypocritical” for him not to go to Qatar, “because of the places that I do go to”.

The England national team clinched a 6-2 victory over Iran at their first game of the World Cup 2022 on Monday (November 21). They’re set to play the USA tomorrow night (November 25).

England manager Gareth Southgate previously promised that his players would speak out about human rights abuses during the competition. “Regarding the LGBT community, we stand for inclusivity and we are very, very strong on that,” he said. “We think that is important in terms of all our supporters.”

Earlier this week, however, England, Wales and five other nations announced that they would no longer be wearing ‘OneLove’ armbands at the Qatar World Cup.