Crawlers at The Great Escape 2022: “I made unintelligible noises when I found out we’d be... 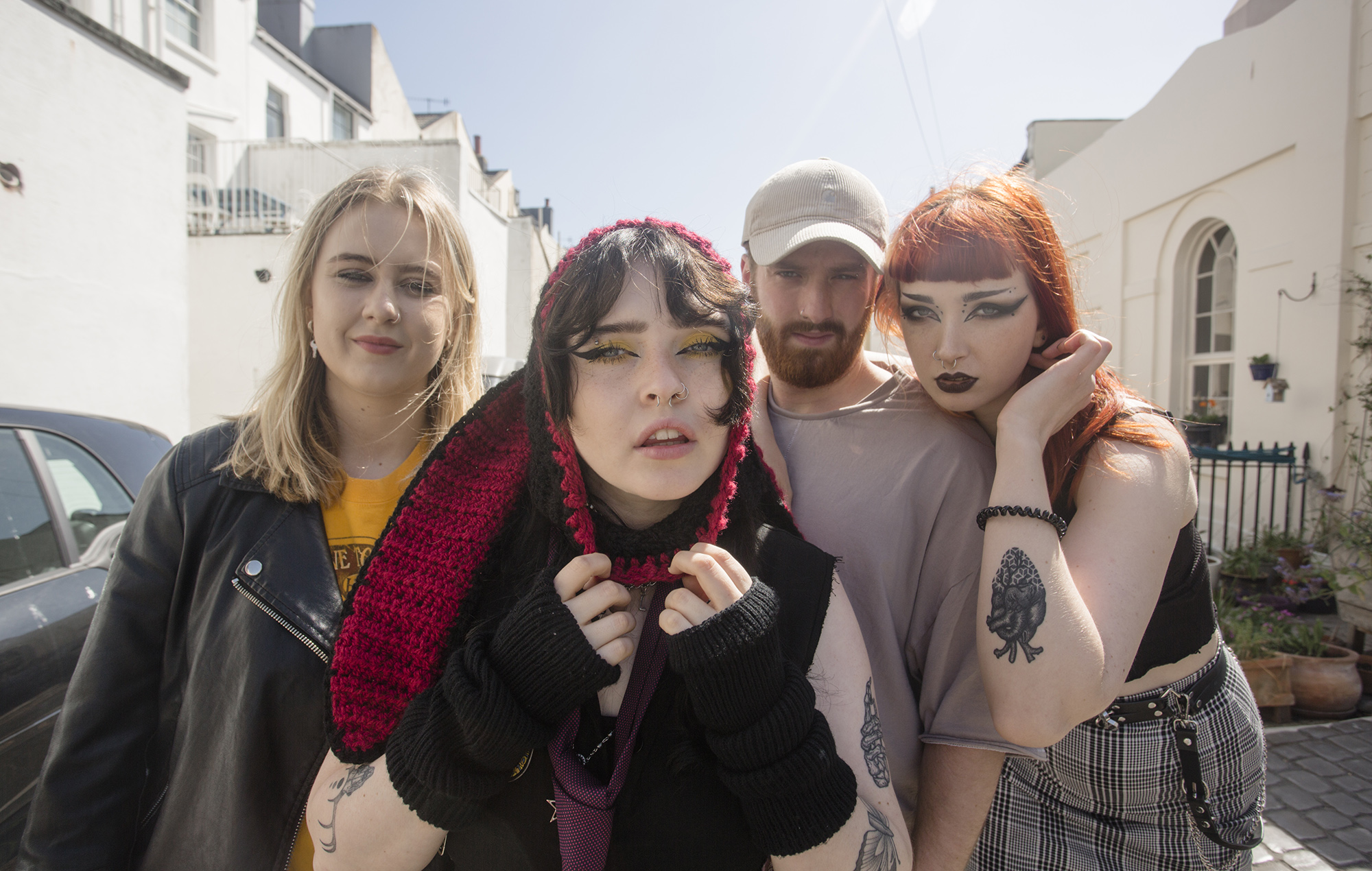 For Crawlers, the link between Snoopy and My Chemical Romance is obvious, but to the rest of us it may seem a tad obscure. In just a couple of weeks, the Liverpool-based band will be supporting the emo titans at their Warrington show. For Holly Minto, their music was formative, even when they had other plates to spin at the time.

“When I was in high school I was a musical theatre kid and that band were my first delve into music and emo music,” the band’s lead vocalist tells NME at The Great Escape festival in Brighton. “And I was playing Snoopy in the school musical. And I stood in this full outfit on the side of the stage between songs blasting ‘Ghosts’ by My Chemical Romance inside my full dog costume. That’s how much they meant to me.”

The announcement of the gig in Warrington – where half of the band grew up – gave them a new challenge of nabbing a spot. “As soon as we saw they were playing Warrington I just said, ‘We’re getting on that bill’”, Minto says. “We weren’t ‘lucky’ with it, we grafted it and were really annoyed about asking to be on it. Year 10 me is going to be absolutely thriving knowing I’m supporting them.”

But how do they feel about playing to a crowd of new punters who need winning over? “I like to tell the audience and ask them that if they don’t know us, they will by the end of the set. We’re not used to festival crowds as we’re still quite fresh, so it’s nice to get used to different types of audiences who may never have seen us and need to be convinced by our live show.”

Watch the full interview with Crawlers at The Great Escape above

The post Crawlers at The Great Escape 2022: “I made unintelligible noises when I found out we’d be supporting My Chemical Romance” appeared first on NME.