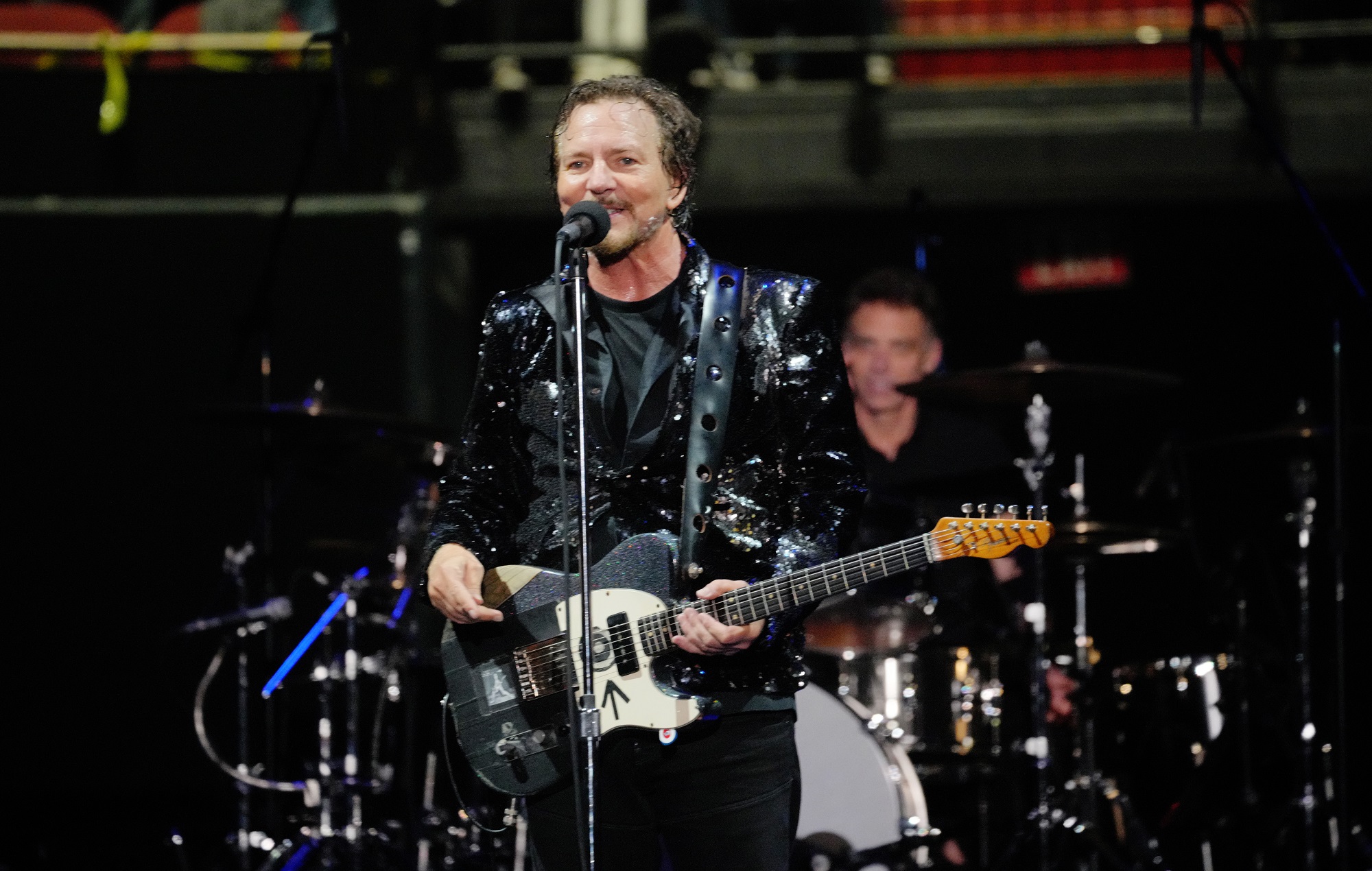 Pearl Jam have cancelled the remainder of their US tour after bassist Jeff Ament tested positive for COVID-19.

The band were due to play in Sacramento tonight (May 18) and Las Vegas on Friday (20), but both concerts have now been axed.

It comes after drummer Matt Cameron was diagnosed with the virus just last week, leaving the band to enlist stand-in drummers.The band were joined by a fan on drums at their Oakland show last Thursday (May 12), while an 18-year-old friend of Eddie Vedder’s daughter stepped up to the plate at the same venue on Saturday (May 14).

Then founding drummer Dave Krusen performed with the band for the first time in 31 years, earlier this week.

In a statement on Twitter the band said: “Dear PJ fans and ticket holders, while the band battled through Oakland after drummer Matt Cameron tested positive for Covid, and Fresno where Ed and the band got through it with the help of Dave Krusen as special guest drummer, they now have to present the heartbreaking news that this morning bassist Jeff Ament has tested positive for COVID.

While the band battled through Oakland after drummer Matt Cameron tested positive for Covid, and Fresno where Ed and the band got through it with the help of Dave Krusen as special guest drummer, pic.twitter.com/pmonPs99wq

“This is horrible for everybody involved and we are especially sorry to those out there who have made plans to attend these shows. Our attention to staying inside the bubble has been constant. We have truly done all that we could have to remain clear of infection.

“Regretfully, the Sacramento and Las Vegas shows are canceled. Ticket refunds will be automatically processed to ticket holders’ method of purchase. We are so very sorry. Be safe out there.”

The band are due to hit the road for a European tour next month kicking off in Amsterdam’s Ziggo Dome on June 13.

Those dates will also include two shows at London’s Hyde Park on July 8-9 as part of the BST series. You can purchase tickets here.

Stereophonics and Cat Power are among the support acts that have been announced alongside Pixies at the Hyde Park shows this summer.