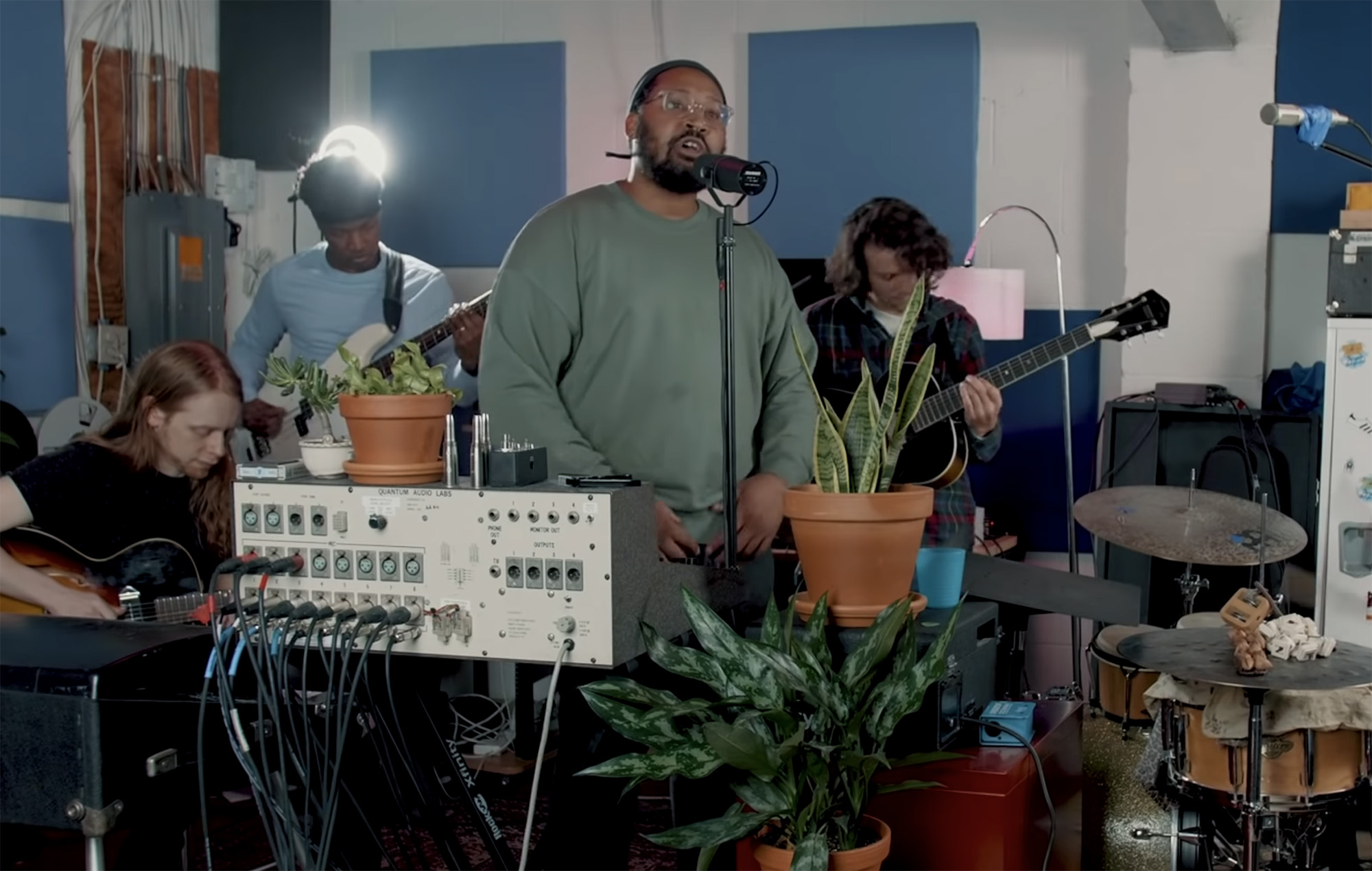 Bartees Strange is the latest act to perform an at-home Tiny Desk concert for NPR, playing four tracks from his debut record.

Filmed in a basement in Falls Church, Virginia, Strange and his band performed the songs ‘Boomer’, ‘Mustang’, ‘In A Cab’ and ‘Flagey God’. Elsewhere during the performance, he praised fellow musicians Yves Tumor and The National’s Aaron Dessner, whom he describes as “the indie-rock Michael Jordan”.

“On record, these are louder and noisier songs that explore very different sides of his 20-sided die, but here, they become laid-back jazz club jams, deceptive in their ease, but beautifully ornate as the arrangements open up to his world,” NPR’s Lars Gotrich wrote in the clip’s description.

Watch the concert below:

Bartees Strange’s debut album, ‘Live Forever’, arrived back in October. The record was included as part of NME’s list of the 20 best debut albums of 2020.

“It’s more than just a signifier of Cox’s varied musical appetite: it’s a deliberate defiance of the racist pressure on Black artists to subscribe to a single mould.”

The singer also performed ‘Boomer’ for Late Night with Seth Meyers earlier this year, marking his debut on the show.