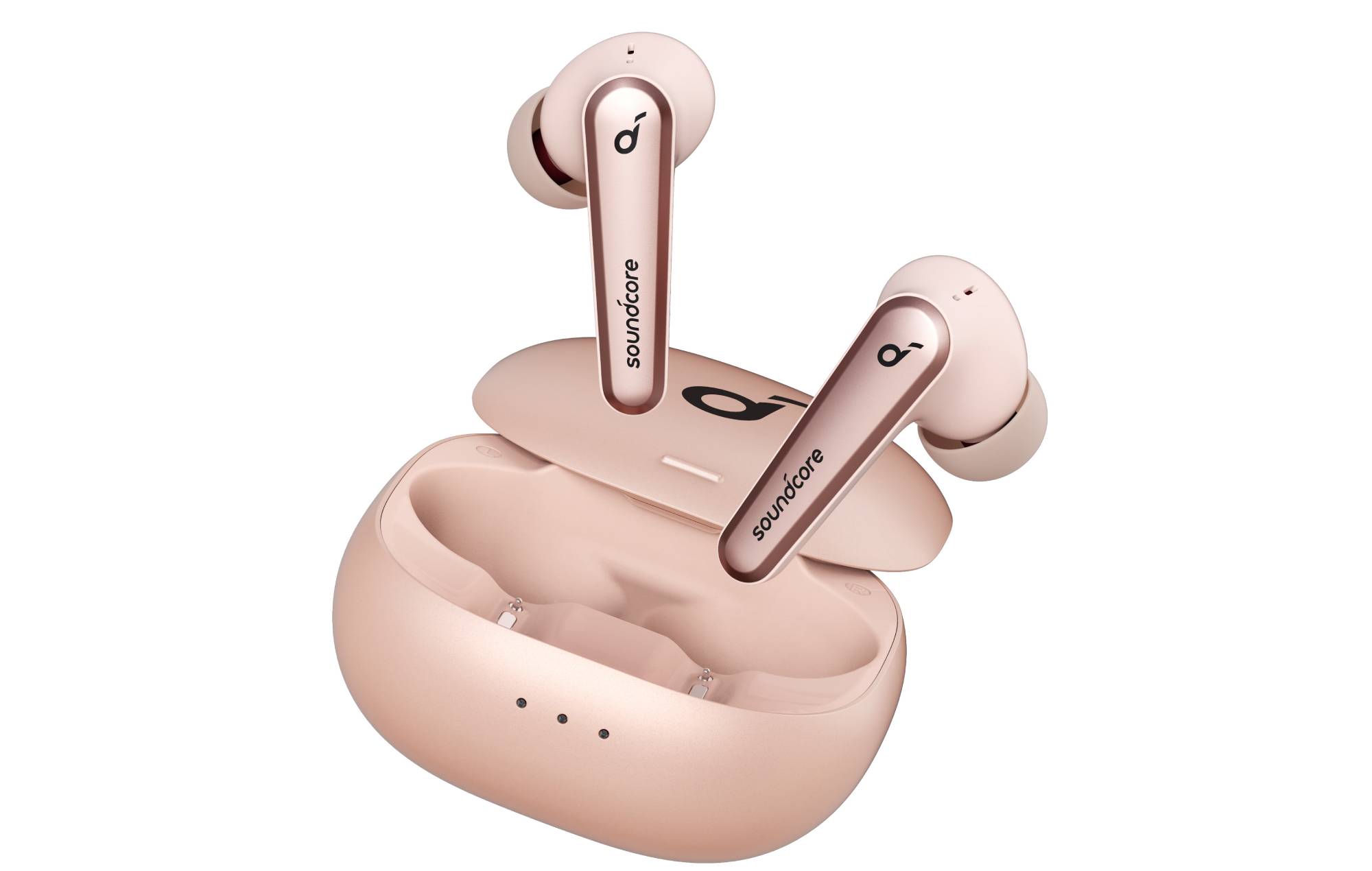 To celebrate the arrival this week of Soundcore’s next generation of wireless earbuds, the Liberty Air 2 Pro, we here at NME have partnered with the team at Soundcore to find out what music is keeping us all going as we bravely step into 2021.

Kicking off our special What’s On Your Liberty Air 2 Pro? series is NME’s own Hannah Mylrea, who explains why she’s been listening to the mighty trio of Arlo Parks, Taylor Swift and Bree Runway on her Liberty Air 2 Pro earbuds in order to start the new year off right.

Stay tuned to NME.com in the coming weeks to hear for more NME writers, as well as Grammy-winning producers and artists, on the music they’re currently loving listening to on their Liberty Air 2 Pro earbuds.

For me Parks was the breakout artist of 2020, and I can’t wait for her debut album, ‘Collapsed In Sunbeams’, which is out at the end of the month. I’ve currently got the gorgeous ‘Caroline’ – an intimate track filled with sun-drenched vocals and ethereal production – playing on repeat.

The record that helps me unwind…

The Purple One’s fifth studio album is an absolute masterpiece. Jam-packed with sultry, sexy and synth-laden smashers, it’s the perfect record to listen to on your Liberty Air 2 Pro earbuds if you’re in need of a bit of escapism – such as when you transform your own kitchen into the kind of dancefloor we’re all missing so much at the moment.

She’s one of the most exciting and innovative artists around. A genre-chameleon, Bree’s tunes mesh everything from hyperpop and hip-hop to dance and rock, with no two songs sounding the same.

The Missy Elliott-featuring ‘ATM’, with its earworm hooks and strutting beats, is a stone-cold hit (and comes with a masterpiece of a music video), and just try getting the slinky ’80s pop bounce of Bree’s Yung Baby Tate team-up ‘DAMN DANIEL’ out of your head.

Bree Runway is a pro at creating future-facing belters, and I can’t wait to see what she does next.

The best feature of the Liberty Air 2 Pro…

Their targeted active noise cancellation technology. The earbuds work incredibly well to filter out a hell of a lot of unwanted background noise while listening. Pre-lockdown, the Liberty Air 2 Pro would have been perfect for the morning commute – but now they’re a dream when it comes to tuning out noisy housemates!

The song that makes me hopeful for the future…

2020 was a dumpster fire of a year – but thankfully there are reasons to be positive for the next 12 months. That’s the kind of vibe that comes through on the title track from Swift’s surprise December-released album ‘evermore’, which acts as a soothing audio balm that reminds you nothing has to last forever.

Starting with Swift summing up the loneliness and unmooring so many of us felt during 2020, the singer is then joined by Bon Iver’s Justin Vernon as the song explodes into a euphoric, hope-filled bridge that finally sees Swift conclude: “I had a feeling so peculiar / This pain wouldn’t be for evermore”.

NME readers can currently get 30% off the Liberty Air 2 Pro until tomorrow (January 14) when using the discount code WS30NME.

Readers in the UK can access the discount here, while US readers can find it here.

Readers in the EU can find their discount here, while readers in Germany can access it here.

You can find out more about Soundcore and the Liberty Air 2 Pro by heading here.