Benefits live in London: a brutal but heartfelt wake up call 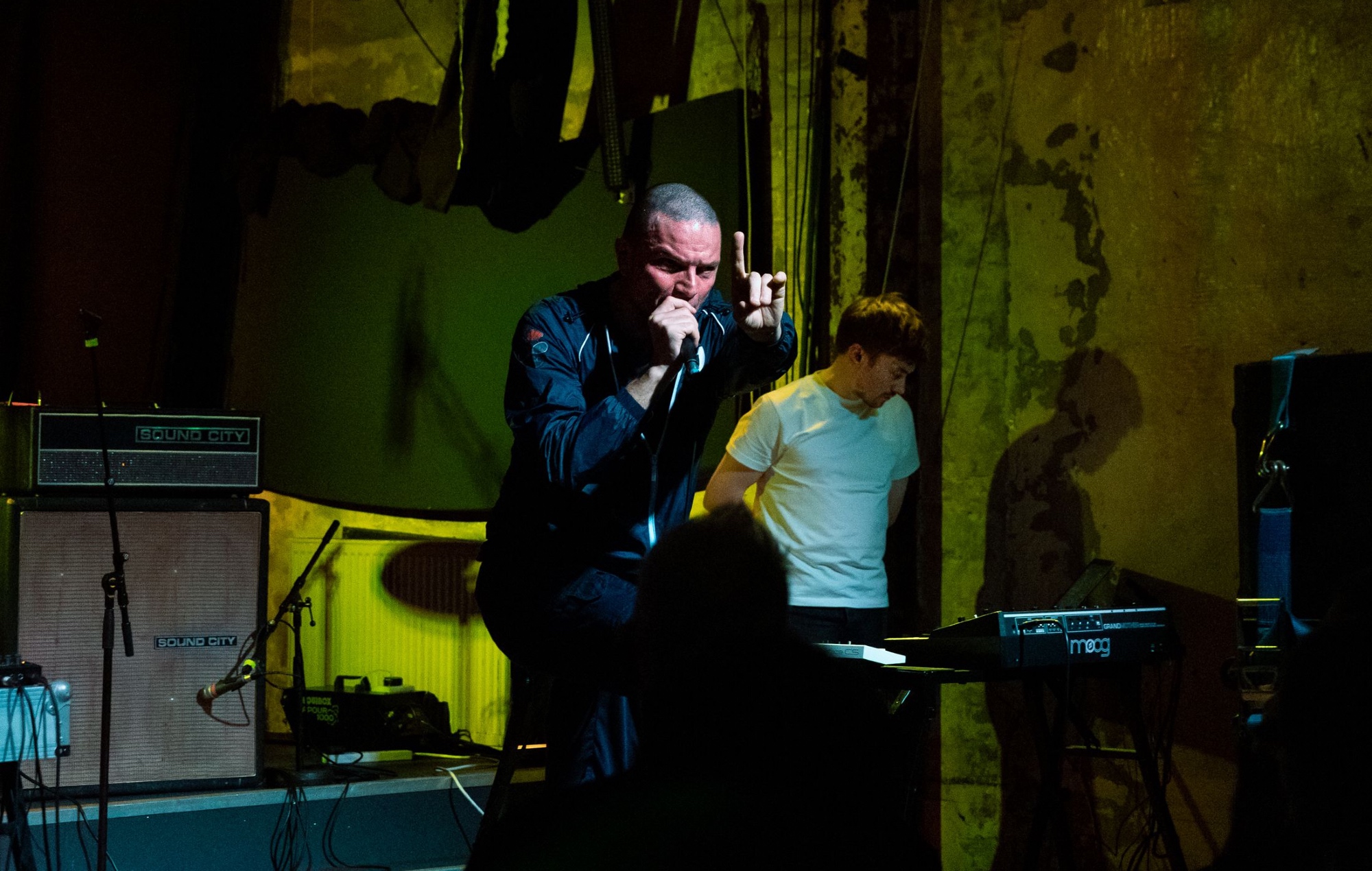 The windows of London’s pubs are draped in flags to beckon punters in to shrug off their cynicism and neck a few pints for the Qatar World Cup – putting human rights violations out of their minds for 90 minutes. Now Benefits aren’t really ones for flag-waving at the best of times, and they’re not having any of it.

In the bluntly-titled ‘Shit Britain’, frontman Kingsley Hall spits of trying to find his place in a proud nation where “The Red Arrows screaming past as the homeless pile up,” before barking those immortal words: “Three lions on a shirt”. “You may have noticed in that song I added a ‘football-ism’,” he says after the minimalist but dread-ridden track. “That was our attempt at a World Cup football song. Unfortunately it was declined by the Football Association, which is a pity.”

His thoughts on the ongoing competition? “Fucking ignore it,” he shrugs. “Go watch a gig”. Good call. Tonight, the Teesside punks give us reasons aplenty to be here. Firstly, their new live set up. Renowned for their unpolished and stripped back approach of vocals and noise on record, on stage they’re joined by previous Mogwai live drummer Cat Myers, who adds a living pulse to what could have been a very cold affair. The fearsome ‘Empire’ now comes with a tribal beat and almost psych feel, ‘Divide’ has a punchy groove and ‘Malboro Hundreds’ even inspires Hall to pull out some Daltrey-esque windmilling. He’s not a rockstar, mind. Far from it.

“It’s a pleasure to be in a crowd of fellow patriots,” Hall smiles to a room of punks young and old, bellowing back his disenchantment at little Britain as he calls on them to “ignore cartoon fascists, reject hate”, reminding them that “you have a worth”; the common good is king and that in 2022 no one should beg bow or courtesy. Forget Qatar, we need this here.

There’s a lot of IDLES-lite trite out there and sideways spoken word punk dancing out of the shadows of Sleaford Mods, but Benefits are something different – something primal and essential that needs to be heard. There’s no sales or media plan; they’re just a symptom of where we’re at. They’re the vomit rising from the belly of sick within broken Britain. Live, especially during the zeitgest-smashing ‘Flag’ and ‘Traitors’, they’re the human embodiment of how personal politics can be.

For all the rage, there’s a lot of heart on display too. Towards the end of the set, Hall speaks of years of being overwhelmed by “anxiety, stress and fear” and how the only way he can get over it is by admitting it. “It’s a bit like Alcoholics Anonymous,” he says, but at more eardrum-threatening volumes. It may have been an exorcism for him, but tonight is a wake up call for everyone else. Stand out, stand up, be heard: don’t let the fuckers keep you down.

The post Benefits live in London: a brutal but heartfelt wake up call appeared first on NME.