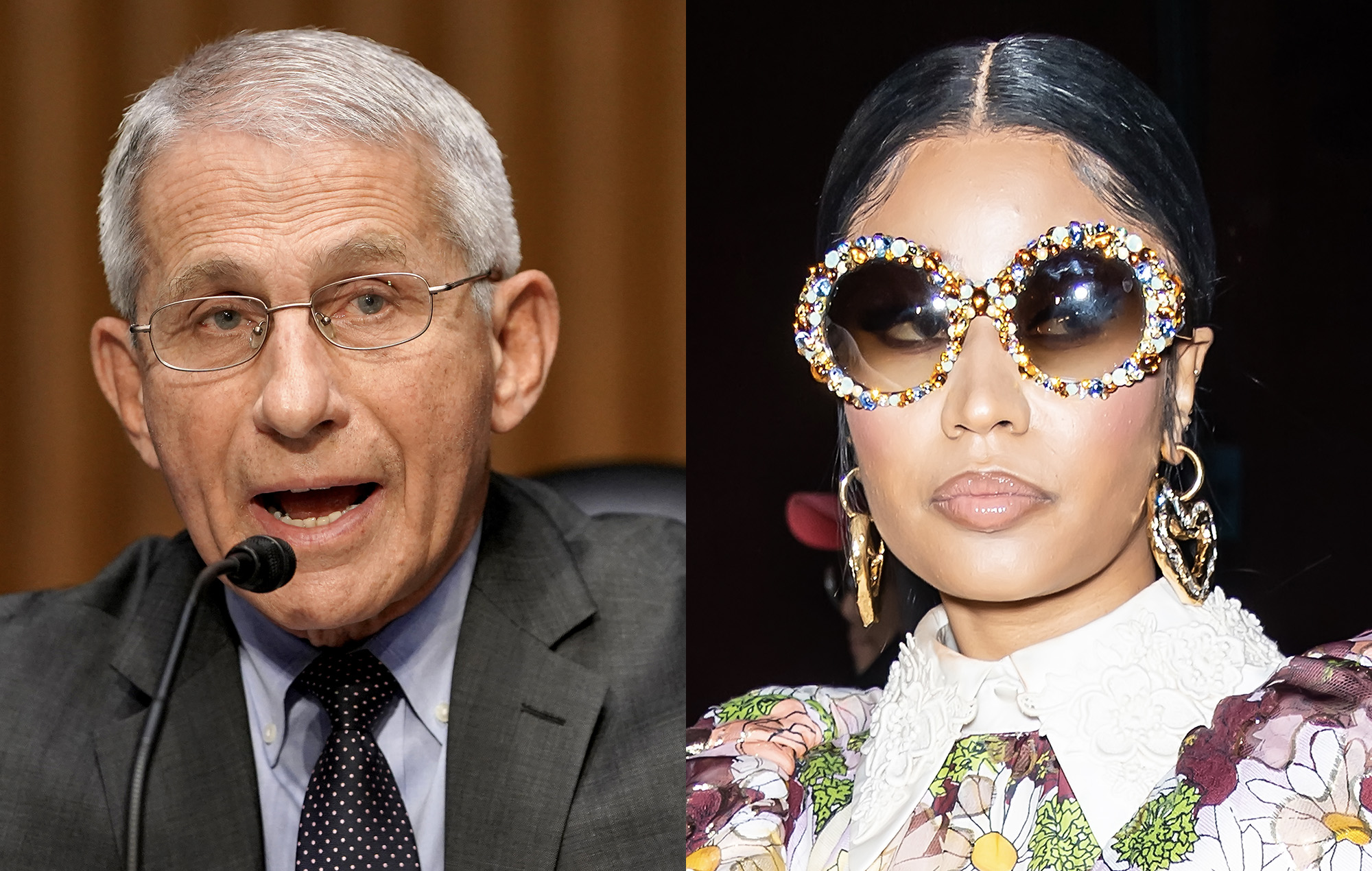 Dr. Anthony Fauci has refuted Nicki Minaj‘s anecdote about a family friend becoming impotent after getting vaccinated for COVID-19.

Earlier this week, Minaj said she didn’t attend the 2021 Met Gala because attendees were required to be vaccinated. The rapper has not been vaccinated yet but said she would “once I feel I’ve done enough research”.

She also said her cousin in Trinidad “won’t get the vaccine cuz his friend got it & became impotent”.

“His testicles became swollen. His friend was weeks away from getting married, now the girl called off the wedding. So just pray on it & make sure you’re comfortable with ur decision, not bullied.”

During an interview with Jake Tapper on The Lead, Fauci was asked whether the three vaccines currently available in the US – Pfizer, Moderna and Johnson & Johnson – can cause any reproductive issues.

“The answer to that, Jake, is a resounding no,” Fauci responded. “There’s no evidence that it happens nor is there any mechanistic reason to imagine that it would happen.”

Dr. Anthony Fauci on Nicki Minaj's false claim that Covid-19 vaccines cause reproductive issues: "She should be thinking twice about propagating information that really has no basis… except a one-off anecdote, and that's not what science is all about." pic.twitter.com/YXPZuQMs5s

“There’s a lot of misinformation, mostly on social media, and the only way we know to counter mis and disinformation is to provide a lot of correct information and to essentially debunk these kinds of claims, which may be innocent on her part,” he said.

“I’m not blaming her for anything, but she should be thinking twice about propagating information that really has no basis except as a one-off anecdote, and that’s not what science is all about.”

Whitty added that “people that go around trying to discourage other people from taking a vaccine which could be life-saving or prevent them from having life-changing injuries to themselves”.

“Many of those people I regret to say will know they are pedalling untruths but they still do it. In my view, they should be ashamed.”

The post Anthony Fauci says there is “no evidence” to Nicki Minaj’s COVID vaccine claims appeared first on NME.