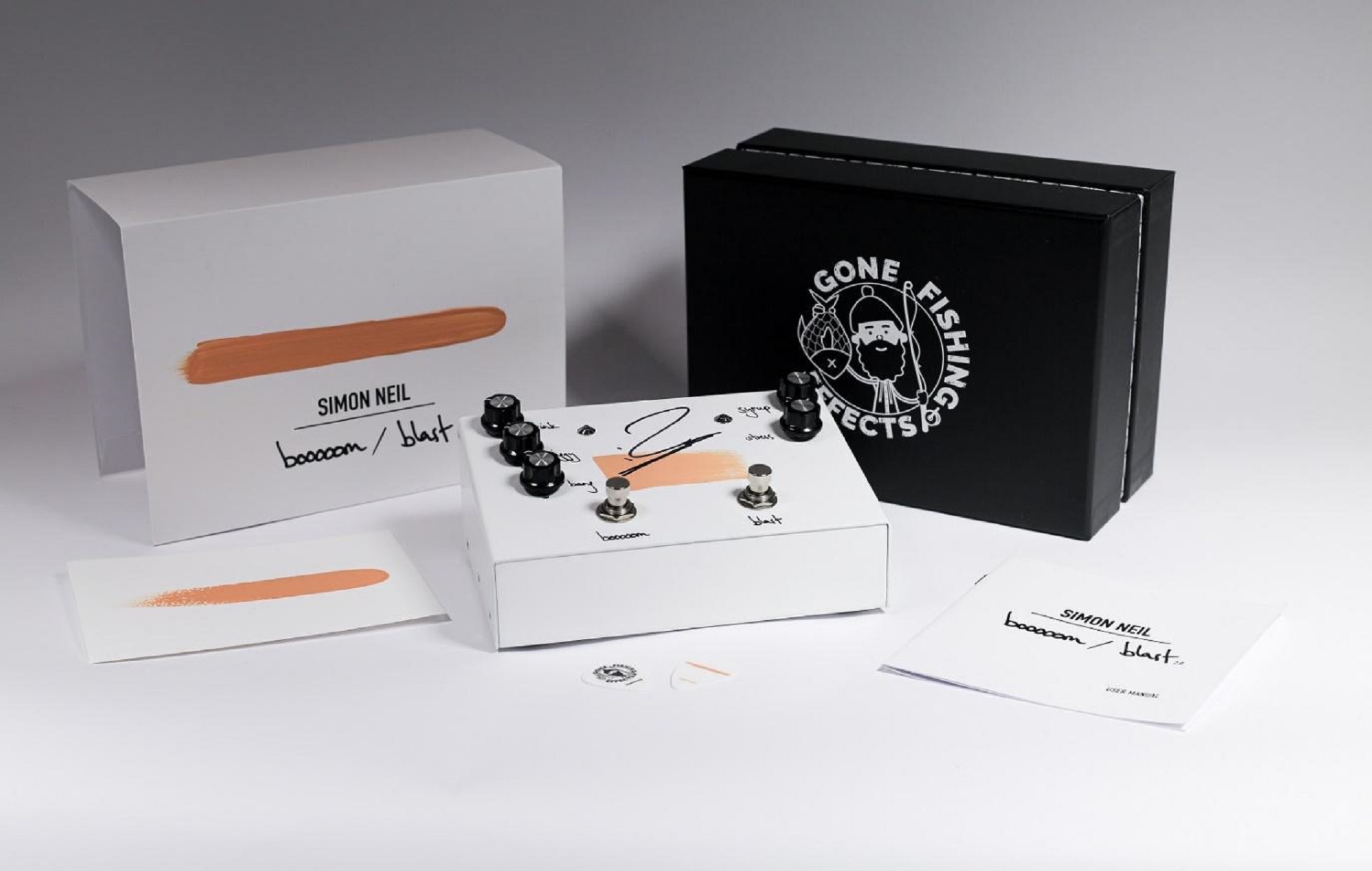 The 2.0 version of the distortion pedal follows the release of the original version earlier this year, which is said to capture Neil’s signature sound.

It is built to the same specifications as the first, the only change being aesthetic – the painted stripe across the white case has been changed to peach. It has again been hand-built by co-designer and long-term Biffy Clyro guitar tech Richard ‘Churd’ Pratt.

Each has been hand-painted and signed by Neil and they go on sale from 11am GMT next Tuesday (November 30). They will also be packaged with a handwritten “thank you” note from Neil, a booklet complete with introductory notes from the duo, a hard case box featuring the logo from Churd’s company Gone Fishing Effects, and two exclusive plectrum designs.

The ltd edition Simon Neil Booooom / Blast pedal is back! Version 2.0, in a brand-new peach colourway, is available to pre-order for £299 via the Biffy store at 11am GMT on Tuesday 30th Nov. Each unit will be hand signed + painted by Simon + built by @GoneFishingFX #booooomblast pic.twitter.com/g1y4j4uttw

As for the functionality of the pedal, users can expect a series of Biffy themed dials: on the left side it includes ‘Stink’ (to set the gain), the ‘Jaggy’ (to control the tone) and ‘Bang’ (to set the ‘BOOOOOM’ volume).

The pedal on the right (the ‘BLAST’) powers a blistering, out-of-control fuzz. Its settings are ‘Syrup’ (to set its gain) and ‘Stress’ (to set its hair-raising volume).

“It’s the pedal that I’ve been looking for most of my life,” Neil said.

“We’ve taken our time to ensure that it’s everything it can be. It’s been a real labour of love.”

Churd added: “The aim was to capture Simon’s sound in a box, so anyone can play guitar and sound like him. It was much easier said than done! It’s one of the most transparent loud overdrive pedals on the market. With so many distortion pedals you get loads of fuzz and saturation, but with this the guitar still breathes. You still hear all the notes but with the extra weight and overdrive.”

Last month, Biffy Clyro showcased tracks from their new album ‘The Myth Of The Happily Ever After’ on their UK tour.

The album was awarded four stars by NME and was described “as a happy accident”.

It added: “What started out as leftovers from the Scottish rockers’ last record has turned out to be, ironically, perhaps their most cohesive album to date.”