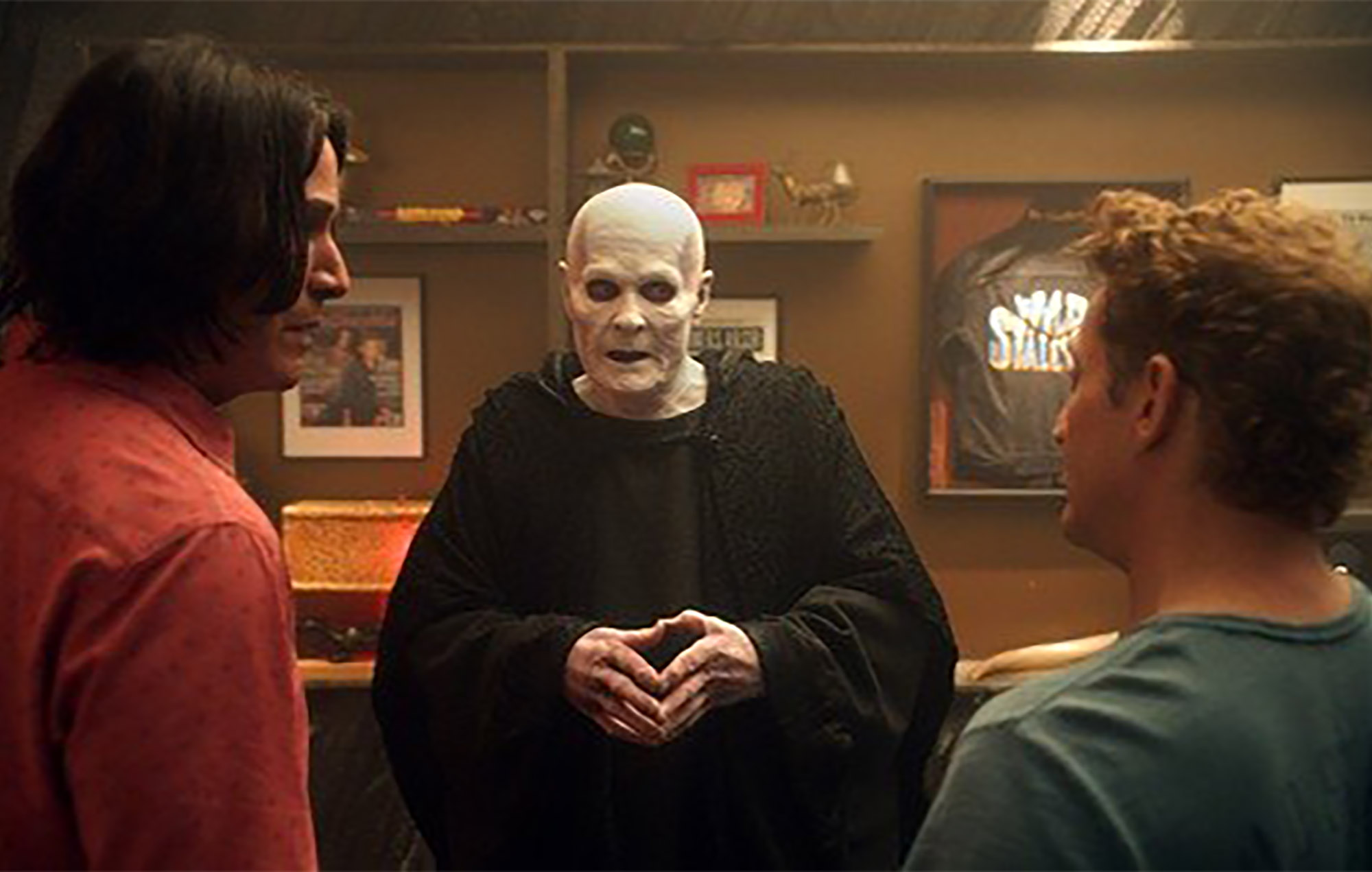 Bill & Ted Face The Music actor William Sadler has opened up about his reunion with Keanu Reeves and Alex Winter, 29 years on.

Sadler, who plays Death, first joined Reeves and Winter’s world in 1991 in Bill & Ted’s Bogus Journey and now reprises his role for the third film.

In an interview with CinemaBlend, Sadler said of the reunion with the two titular stars: “They’re both really old and they were such jerks. No. They were lovely. I was really surprised because we’re all old now. There’s no getting around that physically we’re all older but the spirit was just instant.

“The moment Keanu set foot on the set, after John Wick and The Matrix and all of these films that he’s done, it was like, ‘Whoa, dude! Death, dude!’ It was great. The spirit and the energy was right there. It was really lovely.”

He continued: “It was like a reunion with the three of us. It was great fun. It took a long time to birth this thing but I’m glad. I think it was worthwhile. It was wonderful to see Alex and Keanu again. It was really fun to see them again. We laughed a lot.”

In the long-awaited sequel to the original two films, Bill & Ted are tasked with saving the universe one more time – except now they are both middle-aged dads, and their mission is to figure out a hit song to change everything.

Bill & Ted Face The Music is out in UK cinemas now.