Get lost, Joe Wicks – 2021 is all about Happy Mondays legend Bez’s fitness videos 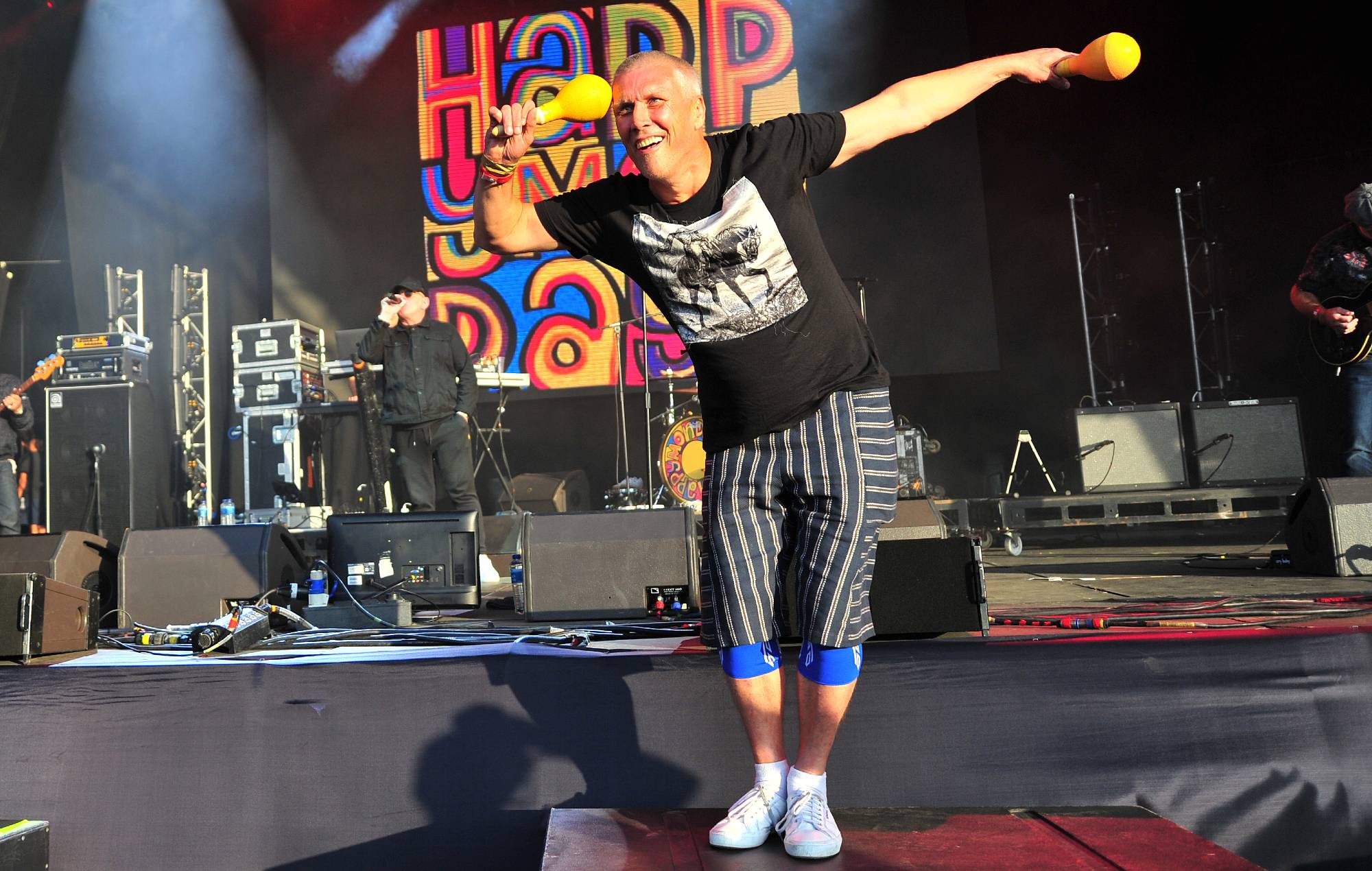 Joe Wicks may have saved the sanity of parents homeschooling throughout most of 2020 and got an MBE for his efforts. But let’s be honest: his voice is annoying and there’s nothing worse than someone in really good shape trying to motivate you through a screen from their giant house. Luckily, for Lockdown Three (hopefully the final instalment of the trilogy) there’s another option – the antithesis, or perhaps the Antichrist, to Joe Wicks’ angelic efforts. Bez. Yes, the Happy Mondays legend is offering up his services to get us fit in time for summer. Sign me up.

Get Buzzin’ with Bez (the actual title) will launch on YouTube on January 17, and you can watch the good time guy’s personal trainer put him through his paces as you join in at home. I’m slightly disappointed that it’s not Bez himself leading the classes, lifting pints at 9am or just putting a playlist on and going for it like you’re in the Hacienda circa 1990. Everyone was always very sweaty in those photos, so it must have been a good work-out…

Bez has said: “I’ve started this new year seriously unfit, with a fat belly and creaky hips, and I can’t stop eating chocolate. Last lockdown I got unfit, fat, lazy and into some seriously bad eating habits.” To be honest, of all his bad habits, I’d have said eating was the least of his worries. The very fact he’s alive is a pretty good advert for Get Buzzin’ With Bez. He must be doing something right.

Either way, I reckon Bez has a good attitude to the whole lockdown workout, saying people are welcome to go along with him or “just sit on the sofa and have a good laugh at me”, adding: “At the very least, I know I’ll be making people smile, at best I’ll be helping people get fit and mentally happier alongside me.”

I can’t help really wishing his classes take place at 11pm on a Friday, though. Can Bez survive in sunlight? Will he have his maracas with him in the park? Either way, this isn’t going to be the kind of session we’re used to seeing him on.

Bez getting us fit is perfect for lockdown three, though. We’re all sick of bettering ourselves, we’ve abandoned the novel, we can still only say “Donde esta el pub?’” in Spanish, the DuoLingo owl has died of starvation, and if we see one more thing about visualisation, positive thinking or meditation, we’re going to motivationally scream. In the moment, of course.

If Bez is on fitness, I vote that we find similarly legendary replacements for all the heroes of lockdown one to ease us back into the vice-riddled imperfect world that just might be back in our grasp within the next six months.

In Lockdown One, we had Sophie Ellis-Bextor’s Kitchen Disco. Now, she’s extremely cool and so is her entire family, but let’s give the girl a rest and make way for my Lockdown Three equivalent: ‘Kate Moss’ Three-Day Battle of The Bands’. Here, the Queen of Rock’n’Roll would livestreams the best bands of the past 20 years from her enormous North London mansion for 72 hours straight. Drinkalong with the bands and call in sick to work on the Monday. If Bez gets the vaccine, he can join in with this too. But let’s be honest, he’s probably immune.

In Lockdown One, Tom Moore’s NHS garden fundraiser generated more than the GDP of some middling countries. All credit to Sir Captain Lord Czar HRH Tom Moore, or whatever his title is these days, but he’s sold out now, what with his gin and Cadbury’s deals. He’s living the influencer life. #spon. Time for a new golden oldie to shake things up a bit before he starts promoting detox tea. For Lockdown Three, I suggest ‘Dame Judi Dench Does Shrooms in The Woods’. Every day we tune in to Judi’s walk and watch the National Treasure trip her face off. The viewing fee can go to charity if you want. Or not. Nobody cares.

When all this first started, we had the Clap for Carers. It was nice for a bit, but after the government tarnished it by voting against a pay rise for nurses, it’s time for the new version. Lockdown Three: ‘Take It Out on The Tories’. Every Thursday night at 8pm everyone stands on their doorstep and shouts one rage of the week out at the top of their lungs. You can start writing them down and pick your favourite. The whole nation just raging at the ex-Etonians who definitely sat at the front of the bus due to their allergies, for two minutes straight every week. That might bring the stress levels down.

If that isn’t enough, let’s not forget that Bez also once tried to launch a political party, dubbed The Reality Party, back in 2015, before everyone was doing it. Who knew that one having Bez in charge would almost seem like a relief?

Get Buzzin’ with Bez launches on the 17th Jan. Get your rave gear out.