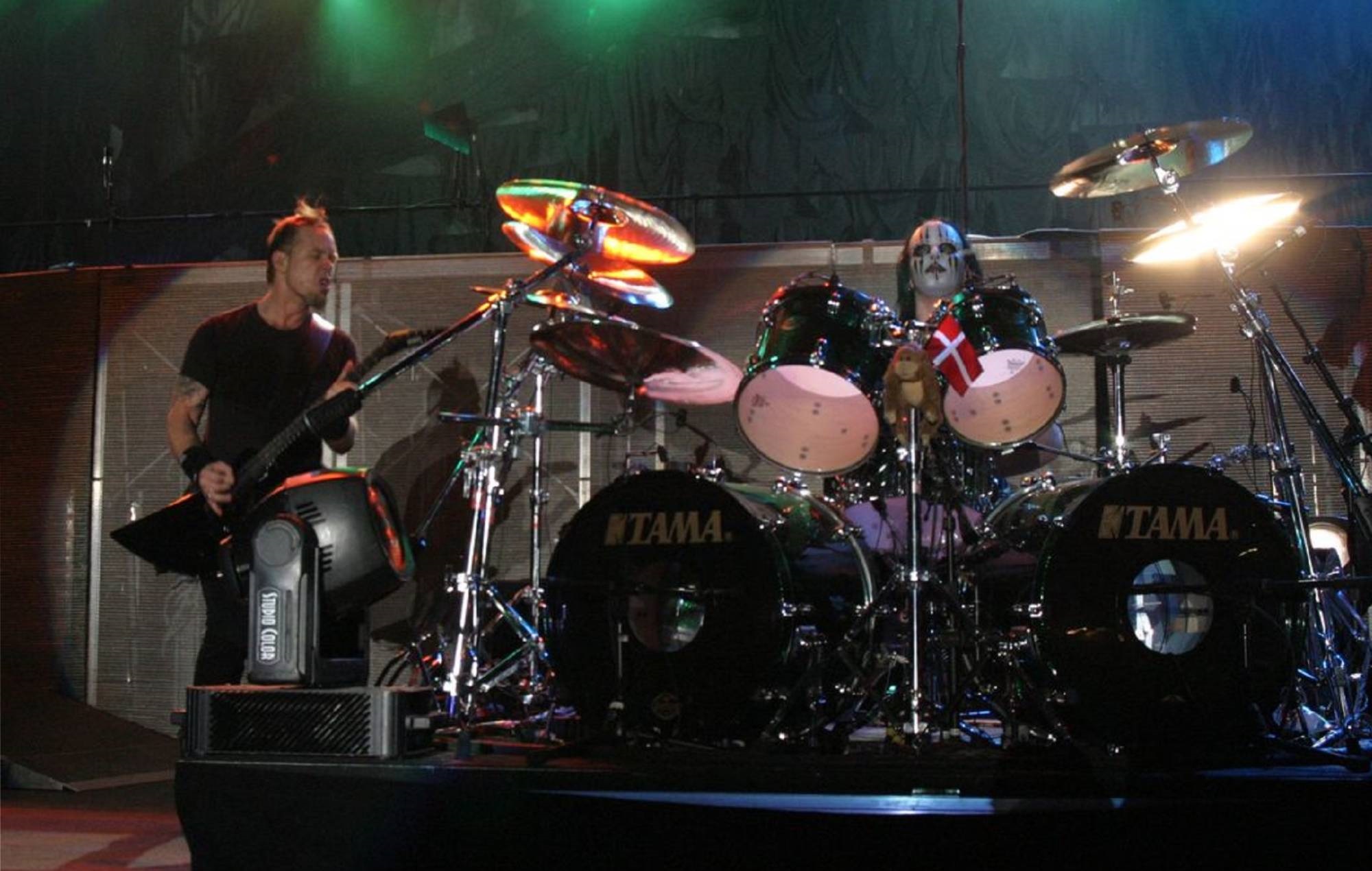 Slipknot‘s frontman Corey Taylor has reflected on Joev Jordison’s performance with Metallica at Download Festival in 2004.

The drummer and founding member of Slipknot, who died in July aged 46, famously filled in for Lars Ulrich in his absence at the metal event.

Speaking about the performance with Knotfest.com‘s Ryan J. Downey, Taylor said: “We were back there with [Joey], watching it… It was so surreal to watch Joey playing with [Metallica], because we all grew up listening to them.

“And Joey was shitting bricks. I mean, he [had] his mask on, but every time he’d come back and he would pull his mask off, he would just be, like, ‘How am I doing? How am I doing?’ I’m, like, ‘You’re fucking killing it.’

“Me, Paul [Gray], Clown, we were all standing there fucking cheering him on. And they ended up throwing different songs at him that they hadn’t rehearsed. They threw all the Misfits shit at him, and he fucking knew it. They would have probably kept him up there all night if they could have. He played the majority of the set.”

Taylor continued: “That, to me, was such a fucking amazing moment for him that it was cool to be back there sharing that with him.

“It was a special little fucking – almost like that’s the moment you know you’ve made it. You’re seeing this reflection of respect from arguably your biggest influence, your biggest peer. Them signing off on you like that had to have been fucking massive for him.”

When Jordison passed away, Metallica shared a picture of James Hetfield playing alongside Jordison, with the caption: “R.I.P. brother…”

“I got really, really sick with a horrible disease called transverse myelitis, I lost my legs,” he told the audience at the Metal Hammer Golden Gods Awards in 2016.

Meanwhile, Taylor recently praised the impact of Metallica‘s ‘Enter Sandman’, saying the track was “our generation’s ‘Stairway To Heaven’.”

The post Joey Jordison was “shitting bricks” while performing with Metallica at Download 2004 appeared first on NME.