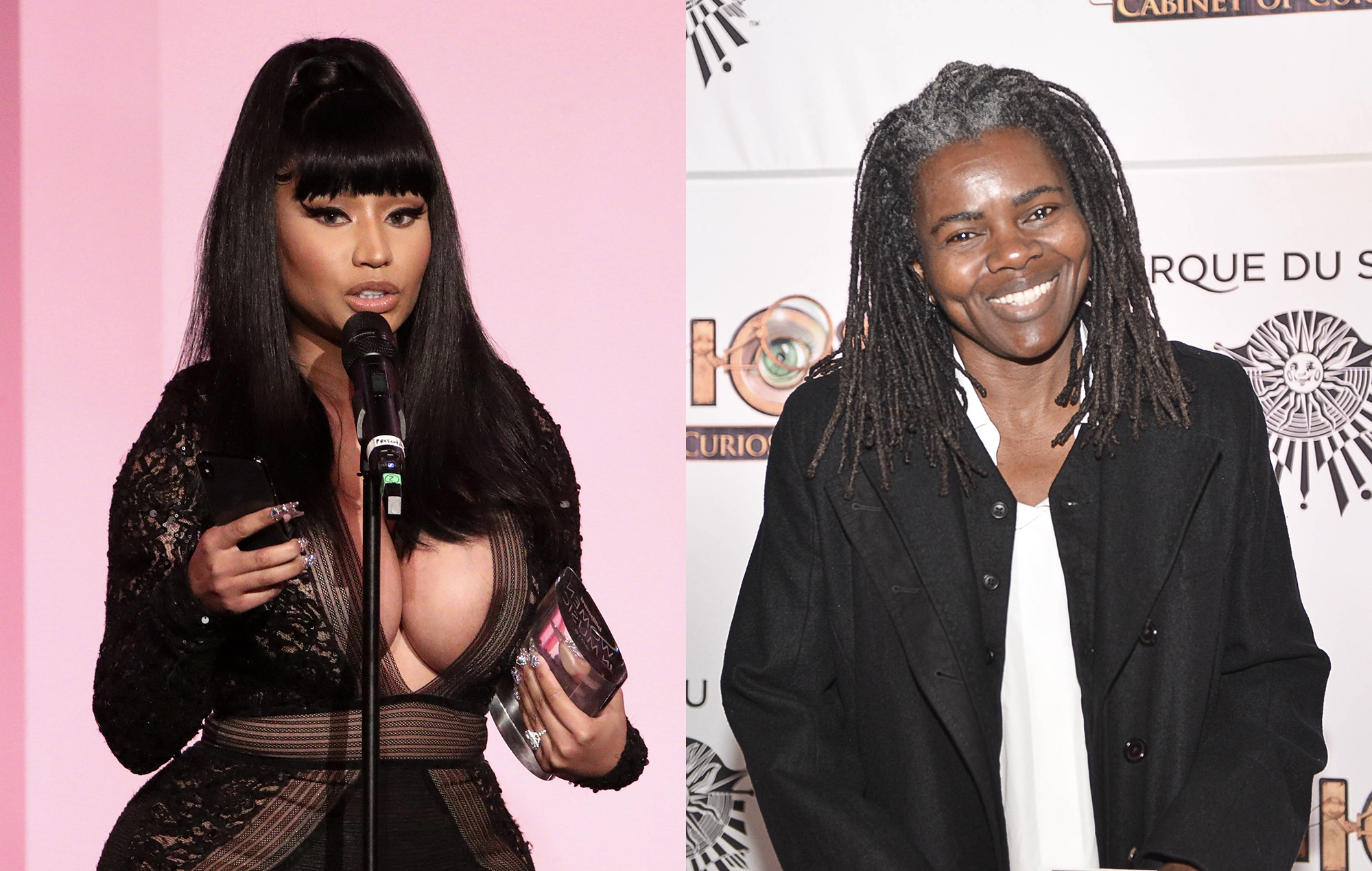 Nicki Minaj has secured a legal victory against Tracy Chapman after the singer-songwriter sued the rapper in 2018 for copyright infringement.

The case concerned the song ‘Baby Can I Hold You’, a track from Chapman’s 1988 debut album. In 2017, Minaj had recorded a track ‘Sorry’ that interpolated the Chapman song.

Chapman repeatedly refused to give Minaj and her representatives permission to use the song, and the track was dropped from the tracklist for Minaj’s 2018 album ‘Queen‘.

Even though ‘Sorry’ didn’t end up on ‘Queen’, the track found its way into the hands of New York’s DJ Funkmaster Flex, who then broadcast it on air. Portions of the track were subsequently aired on radio show The Breakfast Club and shared online, at which point Chapman filed the lawsuit. Though Chapman accused Minaj of sharing the song with Funkmaster Flex, both have denied that it was Minaj who gave him the track.

As Variety reports, US district judge Virginia A. Phillips sided with Minaj on the matter, labelling her interpolation of Chapman’s song as “fair use” – aligning with Minaj’s claims in her first formal response to the lawsuit – and not an infringement on Chapman’s intellectual property.

“Artists usually experiment with works before seeking licenses from rights holders and rights holders typically ask to see a proposed work before approving a license,” Judge Phillips said in the ruling.

“A ruling uprooting these common practices would limit creativity and stifle innovation within the music industry.”

In their legal defence, Minaj’s team had claimed that ruling in favour of Chapman would “impose a financial and administrative burden” on artists during the early stages of the recording process.

“Such free-flowing creativity is important to all recording artists, but particularly in hip-hop,” Minaj’s attorneys argued.

“With that category of music, a recording artist typically goes into the studio and experiments with dozens of different ‘beats’ or snippets of melodies, before hitting upon a pleasing combination.”

Though this specific matter is resolved, Judge Phillips has said a jury will need to hear the matter of whether Minaj allegedly giving Funkmaster Flex the track constitutes copyright infringement.