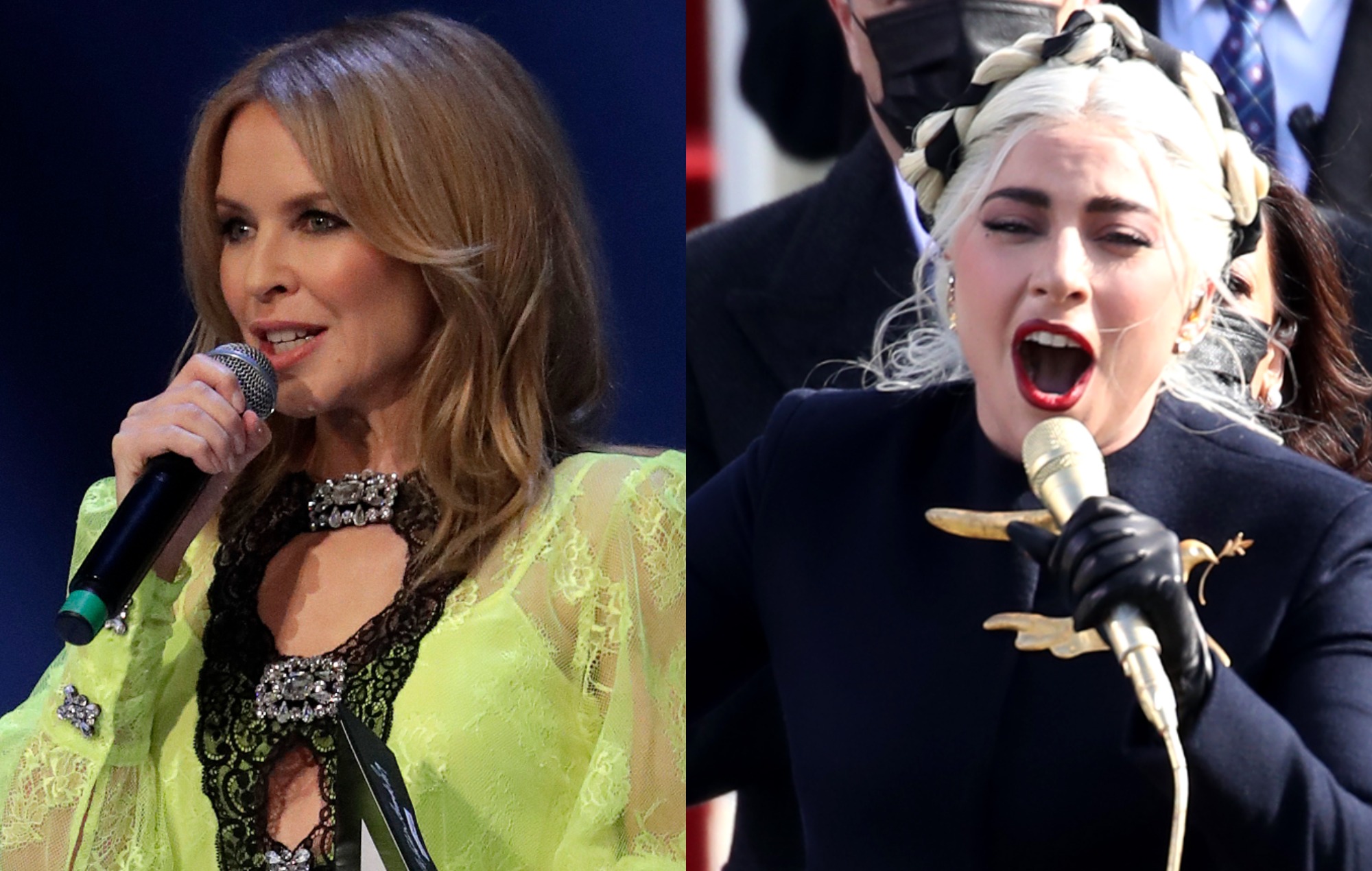 Kylie Minogue has unveiled a cover of Lady Gaga‘s 2011 hit ‘Marry The Night’, as part of the latter’s ‘Born This Way’ re-release.

Minogue’s disco-infused version of ‘Marry The Night’ is the third song we’ve heard from the forthcoming 10th anniversary re-release of Gaga’s 2011 album. It follows on from Big Freedia’s rendition of ‘Judas’ and Orville Peck‘s “country road” cover of ‘Born This Way’.

The cover was initially teased on Twitter, when Minogue posted a brief video of herself with the caption “hey @ladygaga…what are you doing tonight?” alongside a crescent moon emoji.

Listen to Minogue’s cover below:

‘Born This Way Reimagined’ is due out on Friday June 25, and available for pre-order here. It will see the original album re-released as well as six new versions of existing tracks.

While we don’t know what artists will be featuring, we do know that fans can expect new versions of ‘Highway Unicorn (Road to Love)’, ‘The Edge of Glory’ and ‘You and I’.

As for Minogue, 2020 saw her release her 15th studio album ‘Disco’. In a four-star review of the album, NME‘s Nick Levine wrote, “The result is a consistently uplifting set that feels like Minogue’s best album since 2010’s ‘Aphrodite’.

“Her sister Dannii is rumoured to have claimed that “Minogues don’t sweat”. In that case, let’s say that ‘Disco’ shimmers with a warm glittery glow that’s just irresistible.”

Minogue also recently delivered vocals for a remix of Years & Years‘ latest track ‘Starstruck’. She has also confirmed that her and fellow disco revivalist Jessie Ware have been working on new music together.