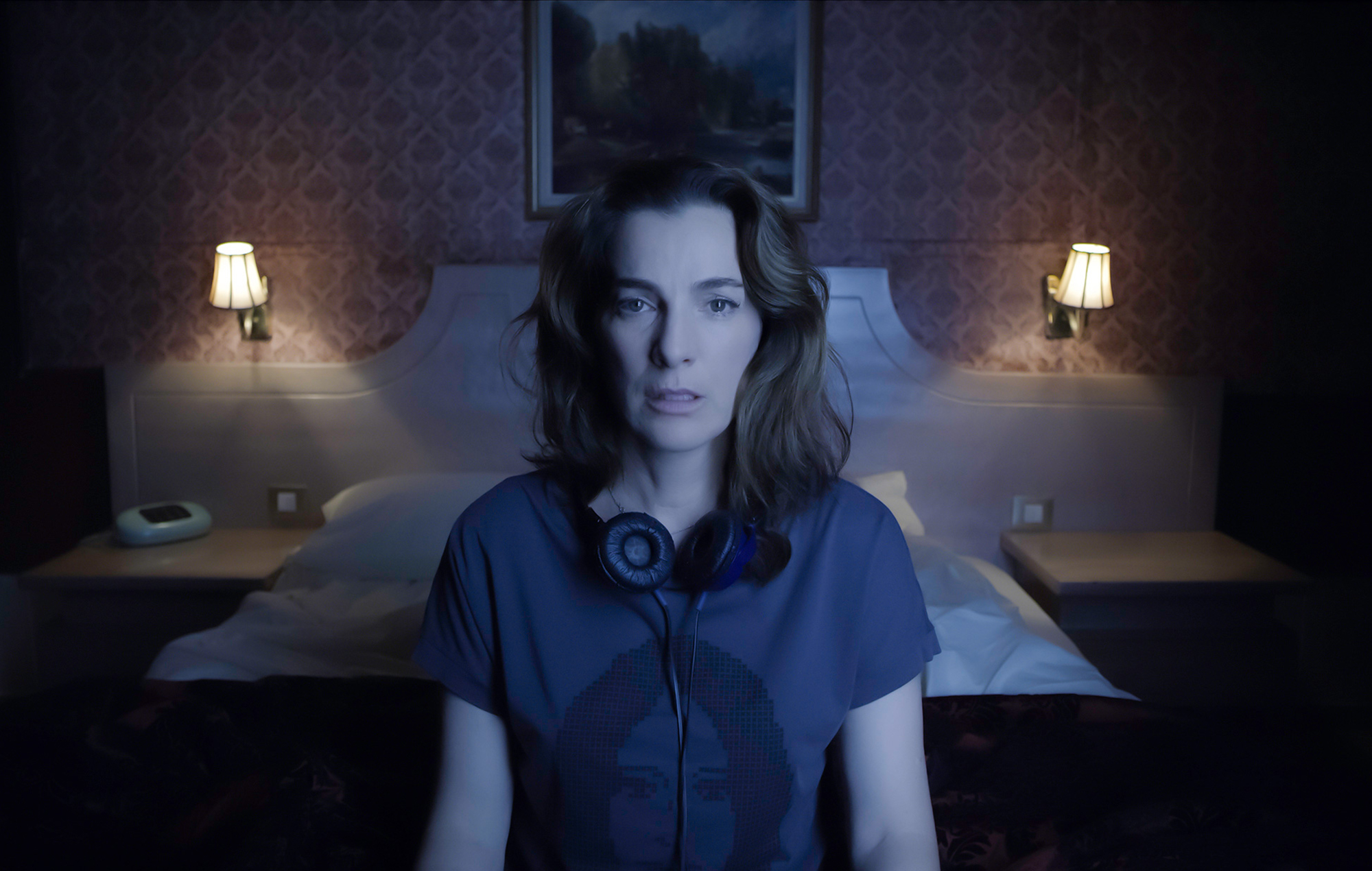 So many TV shows now boast film-level production values that it can be difficult for a series to stand out. Losing Alice, a new Israeli eight-parter airing on Apple TV+, doesn’t have big-screen scope or elaborate special effects; a lot of it consists of characters talking to each other in rooms. But it does offer something more than the generic telly experience. Taking her cues from several French directors, creator Sigal Avin has crafted a psychological sort-of-thriller that lands somewhere between the playful, twisty sexuality of François Ozon (Swimming Pool) and the self-referential ruminations of Olivier Assayas movies like Clouds of Sils Maria.

A more traditional version of Losing Alice might be a love triangle between a director, writer, and actor. Alice (Ayelet Zurer) is an acclaimed filmmaker who’s been dragging her feet on a new project while her famous actor husband David (Gal Toren) faces some middling reviews for his latest role. On a commuter train, Alice has a chance meeting with Sophie (Lihi Kornowski), a young aspiring screenwriter who has just sent her erotic-psychodrama script to David. Alice and David both wind up sparking to the project, and eventually use it as an occasion to collaborate for the first time (somewhat reluctantly, on David’s end).

Though David is obviously intrigued by the gorgeous, impulsive Sophie – as are most of the characters who encounter her – it’s Alice who becomes most obsessed with her enigmatic backstory and how it informs her writing. Avin sharply dissects the anxieties Alice feels as a middle-aged professional between artistic commitment and familial obligations. Her perceptions of Sophie, which seem fuelled by envy, insecurity, and attraction, blur the lines between her art, fantasies, and real life.

Meanwhile, Losing Alice blurs its own lines, between an eight-episode series and four-hour film. It has the intimacy and magnetism of a stylish character study, which still feels relatively novel on TV. But while Zurer and Kornowski both give layered performances, other characters, like Alice’s passive-aggressively overbearing mother-in-law (Chelli Goldenberg) and dorky neighbour (Yossi Marshek), are too thin to form a strong supporting ensemble. Even David is overshadowed by Alice and Sophie; the movie-star charisma that should contribute to marital friction is missing in action.

Some of its scenes might be partially illusory, but the show’s entertainment value is very real. Avin moves fluidly between Alice’s head and real life at a confident pace, causing the trim 45-minute episodes to fly by. This also means that some of the show’s relationships tangle, untangle, and re-tangle with a quickness that occasionally feels arbitrary and plot-driven, rather than organic. In the last few episodes, characters cause drama simply by refusing to disclose certain bits of information – and the show often seems intent on punishing them for these contrivances. If Losing Alice is cribbing from filmmakers who mix the thoughtful and the tawdry, perhaps some heedless Brian De Palma-style craziness might have enlivened it further? As-is, its compelling style isn’t quite full-bodied enough to turn into substance.