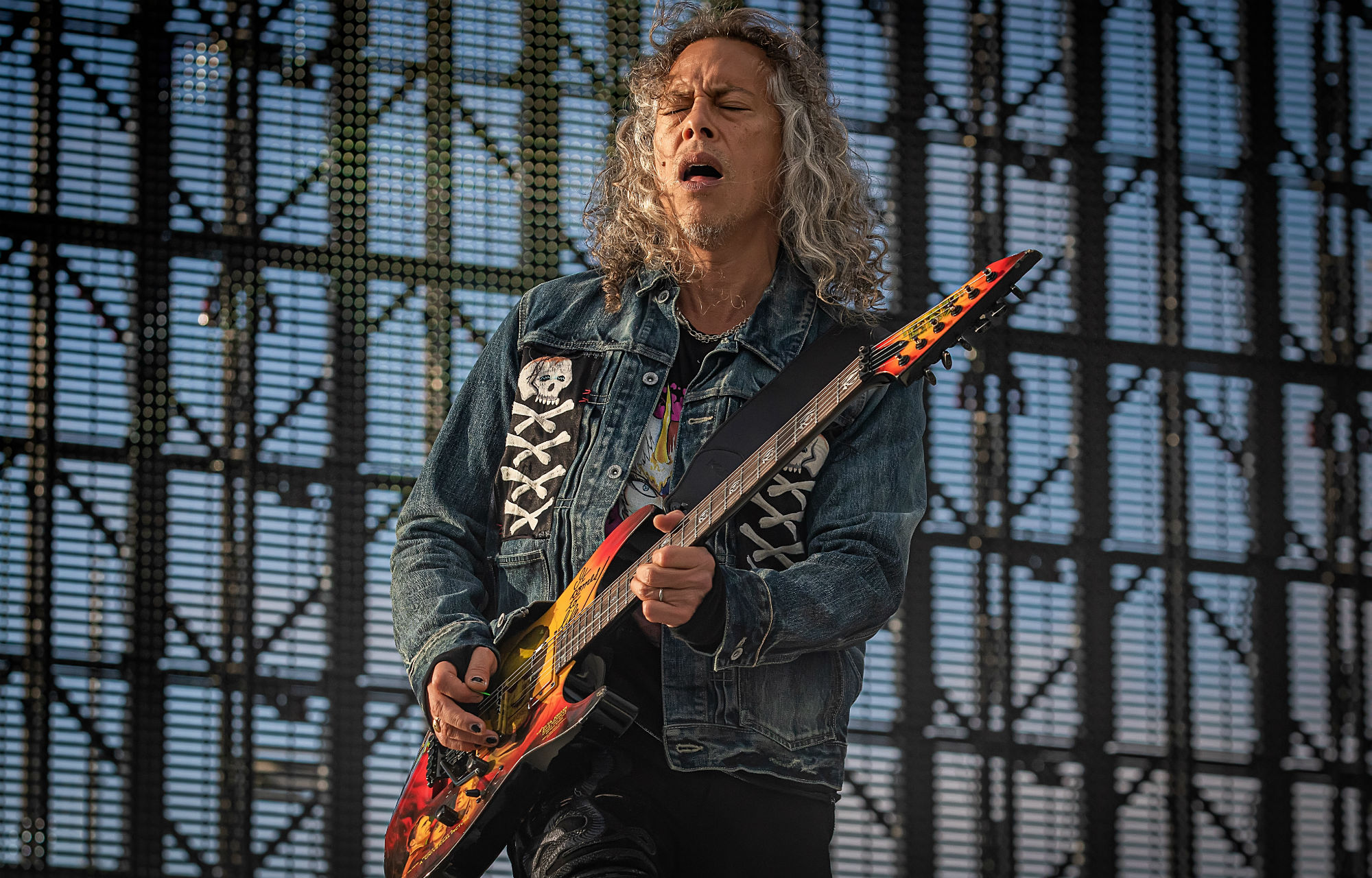 Kirk Hammett has said that a collection of new horror-themed songs he’s been working on are the best of his career so far.

The Metallica guitarist has been collaborating with Edwin Outwater, the composer who has worked on the band’s ‘S&M2’ live performance show/album, for new material separate from the band.

Hammett told Metallica’s fan club magazine So What! that he feels his new instrumentals have got the potential to be his career-best, adding that they play out “like movies”.

Two of the four total tracks have been written with Outwater, and Hammett believes they’re “the best fucking things I’ve ever done”.

“I recorded those tracks with Edwin, a small chamber orchestra and some other musicians,” Hammett said.

He continued: “One of them is called ‘High Plains Drifter’ and the other one’s called ‘The Incantation’. They’re not done yet. [They are] still in the rough mix stages. I mean, I have to get the rough mixes, but I have four tracks now. And the four tracks are like four different movies, man. They’re not movie soundtracks; they’re like movies. They tell a story.”

Hammett is a known horror fan. He has a range of horror-themed guitars and, as LoudWire notes, has even displayed his personal horror collection at It’s Alive exhibits at museums.

Elsewhere in the fan magazine interview Hammett was asked whether it was fair to say Metallica fans will “probably” get to hear new music before the pandemic is over. He agreed that it was “absolutely” a fair assumption.

This month, the metal legends launched ‘Blackened’, a whiskey range inspired by ‘S&M2’. The whiskey was originally released in 2018, with the spirit aged in barrels that were exposed to Metallica’s music, which affected the alcohol’s ageing process.