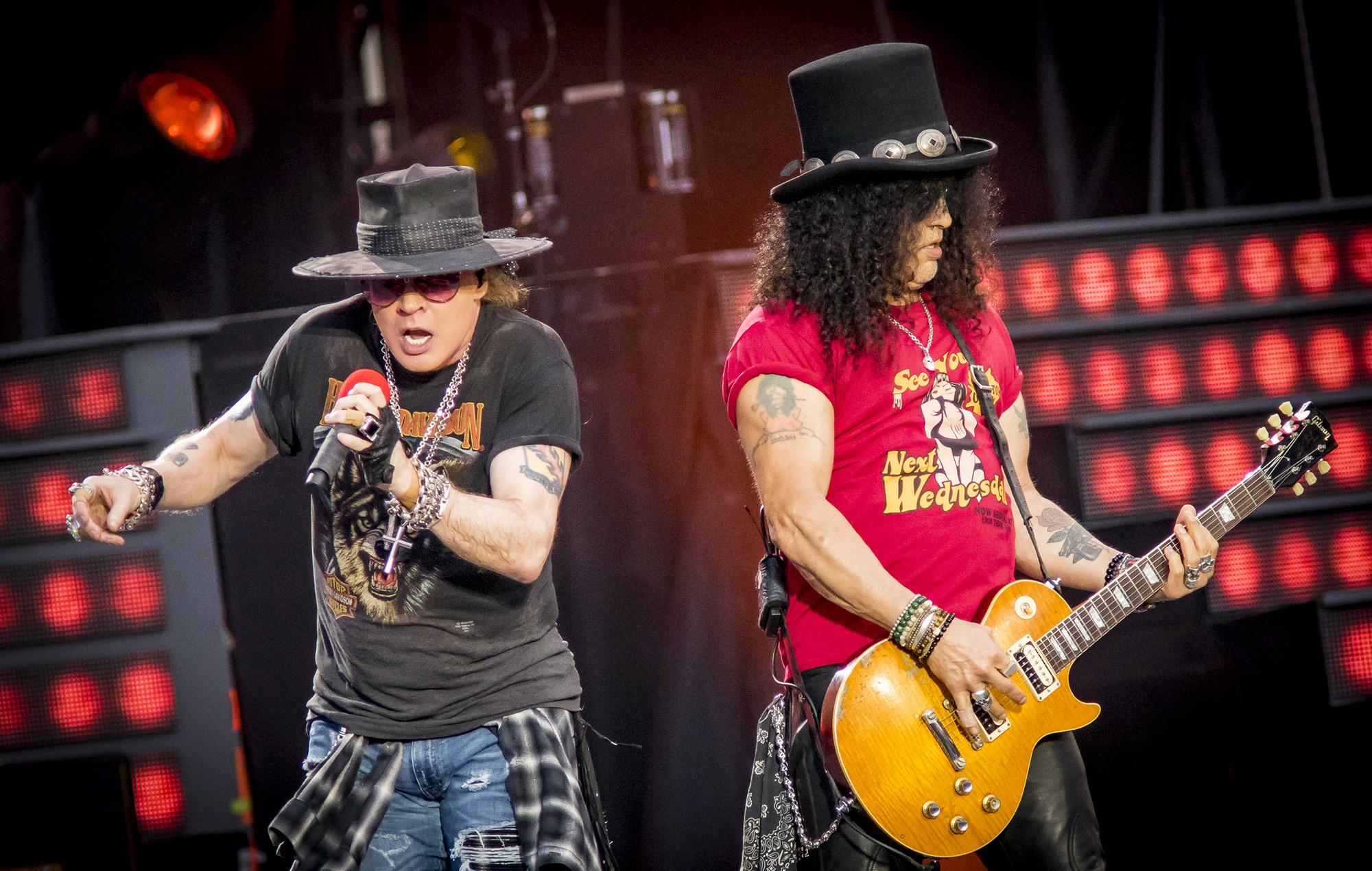 The track, which originally had a working title of ‘Jackie Chan’, was recorded during the band’s ‘Chinese Democracy’ era but never made the album. Short clips of the song have since been posted online and a full version was leaked in 2019.

In the same year, the band’s partially reunited classic line-up rehearsed the track for a concert at the Hollywood Palladium and included it on the setlist for some of their summer 2021 concerts but they’re yet to perform it live.

Yesterday (September 13), a photo of a Guns N’ Roses fan with Axl Rose was reportedly shared (per Blabbermouth) in a since deleted tweet, with the caption: “A fan met Axl Rose after the second Guns N’ Roses show in Atlantic City, NJ last night.”

It continued: “She said he invited her backstage and they had a beer together. She also said she asked him about Hard Skool. He played the song for her and said they are releasing it soon.”

If the track does get released, it will be the second new Guns N’ Roses record to be released in the last few weeks, following ‘Absurd’ – a reworked version of a previously unreleased song called ‘Silkworms’ – which arrived in August. The band debuted the new song during a show at Boston’s Fenway Park.

It came after Guns N’ Roses celebrated their return to the stage with a cover of The Stooges‘ debut single ‘I Wanna Be Your Dog’.

The first date of the band’s much-delayed stadium tour of North America took place at Pennsylvania’s Hersheypark Stadium on July 31, performed to a reported capacity of 30,000.

Meanwhile, Guns N’ Roses have hit a new milestone with their legendary single ‘Sweet Child O’ Mine’ reaching a billion streams on Spotify.

Taken from the band’s 1987 debut album, ‘Appetite For Destruction’, the record officially passed the one-billion-streams threshold on Spotify in August, more than 34 years after its release, according to Forbes.