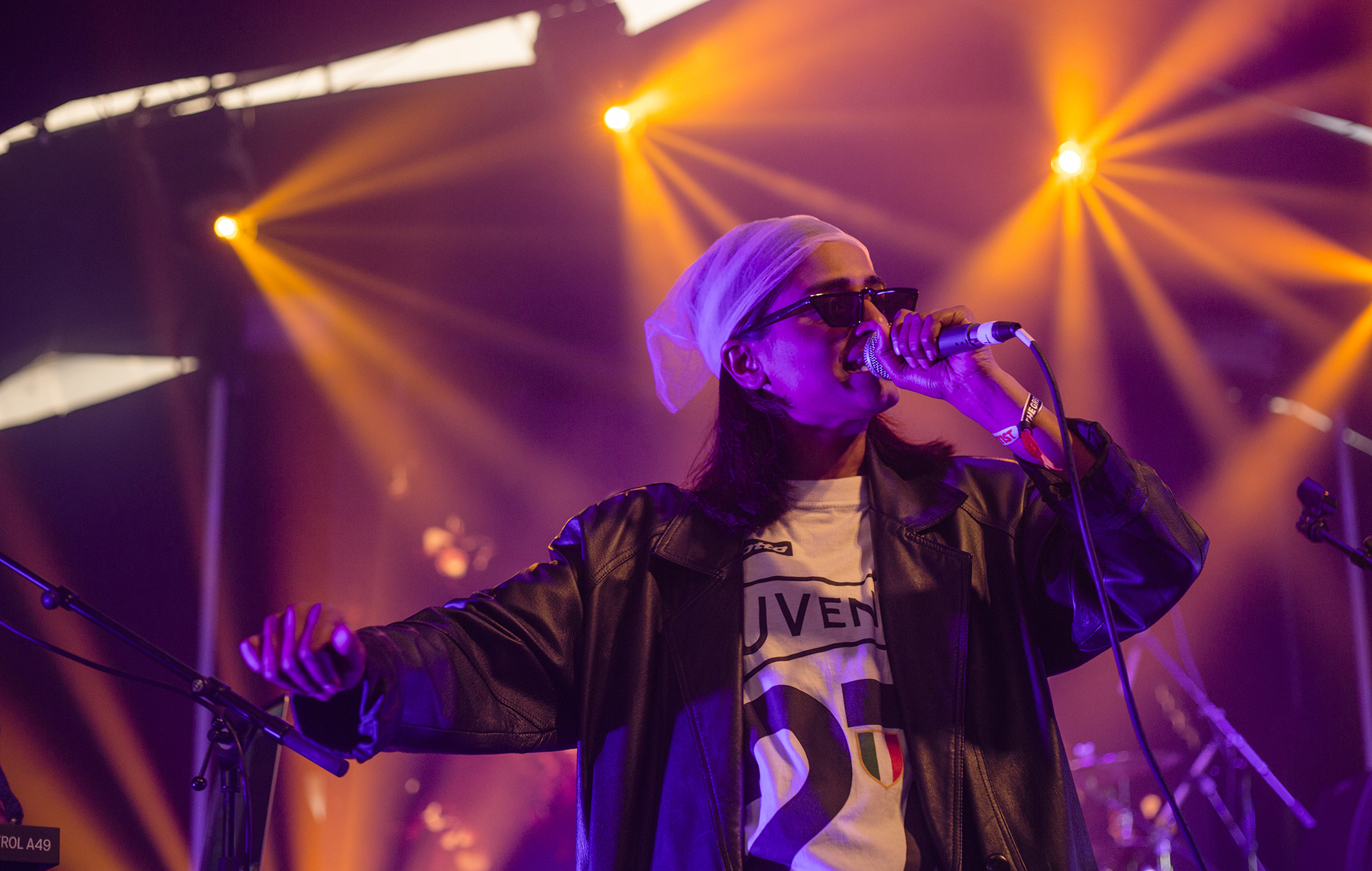 Consider this, Priya Ragu’s teatime set at The Great Escape (May 13), as the latest majestic step forward in a career quickly amassing plenty of them. As she tells the crowd at the Beach Stage on Brighton’s seafront before ‘Illuminous’: “I used to have a boring office job and it wasn’t fulfilling me, so I chose music – this song is about taking that leap”. As a crunching electro-pop kicks in, Ragu half-sings, half-raps about there being “no one like me” and that “when you see me roll up, you know I’m takin’ over”. It may seem like typical popstar boasting, but all the best ones have an element of truth to it.

And the capacity tent crowd on the festival’s second day appear to be proving her right. Since the breakthrough of her vibe-tastic debut single ‘Good Love 2.0’, the Tamil-Swiss star has staked a claim to an enviable position as an emerging artist: the tunes are fresh and approachable, but there’s a distinct character to them, too. Speaking to NME last year, Ragu said that “it was never the plan to incorporate Tamil music” into her music, but that “just happened organically and slowly until I learned how to trust myself when it came to representing my culture.”

She’s spoken previously about the impact that M.I.A’s globe-conquering imperial phase had (“her music made me think this career is actually possible”) and with the blend of electronic beats (‘Lockdown’), hip-hop flows (‘Kamali’) and R&B slow-jams (‘Lighthouse’), the comparisons feel apt. But there’s as much of Kojey Radical’s infectious self-belief and optimism, and cool Kaytranada-style beats permeate her 2021 EP ‘damnshestamil’, which makes up most of today’s setlist.

Backed by a tight live band who fight off technical gremlins, she shares particular chemistry with Japhna Gold, her co-writer, producer and brother: he gleefully hypes her up throughout the floorboard-shaking set the way only a proud sibling can do. When Ragu whips off her sunglasses during the final song ‘Chicken Lemon Rice’, a smile breaks across the face and the bravado drops, if only for a second. You sense she’s feeling pretty vindicated in jacking in the day job; her next leap looks like it could be her biggest and boldest yet.