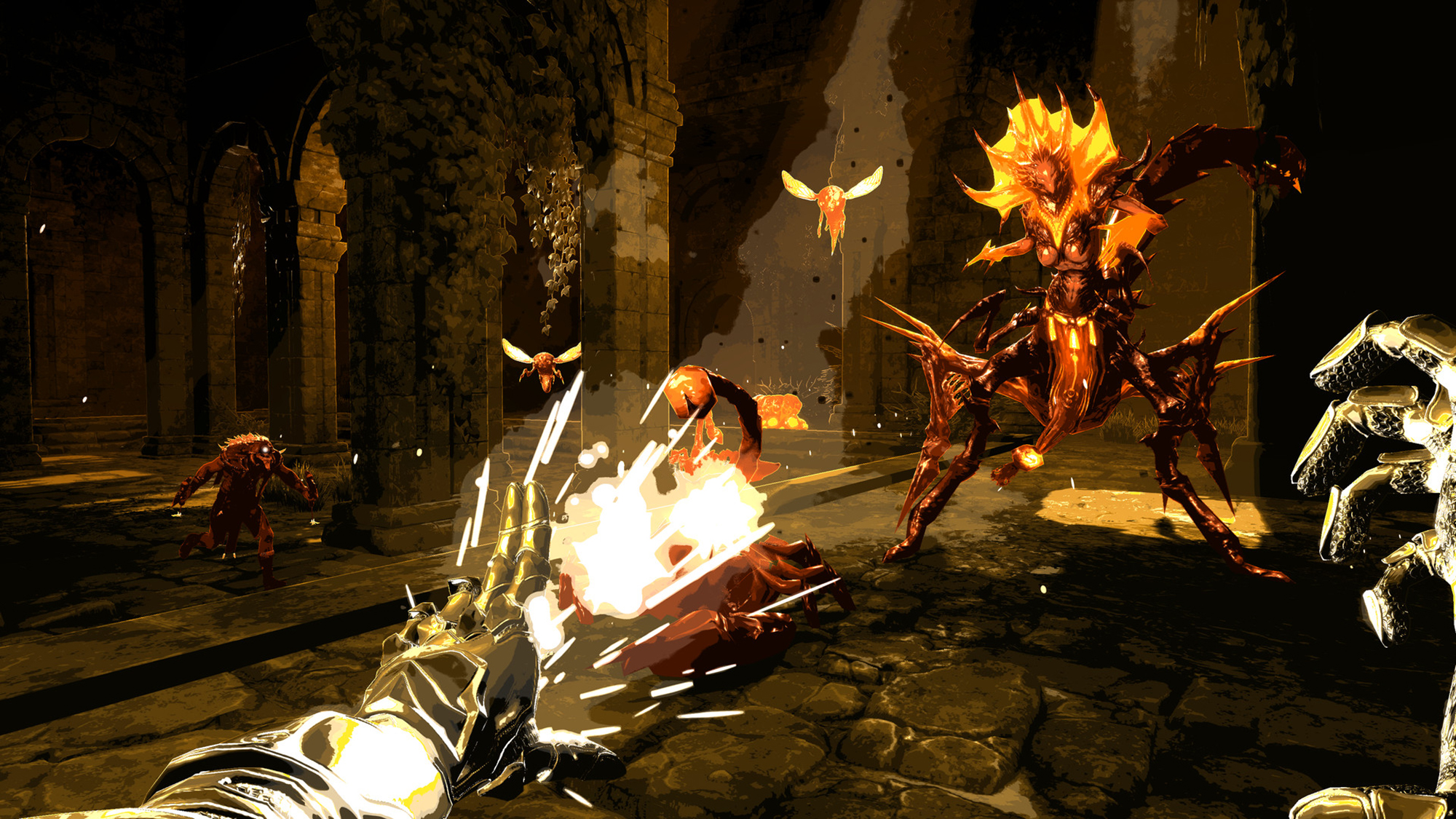 BPM: Bullets Per Minute will be officially launching on PS4 and Xbox One on October 5.

While the game does not appear to include a next-gen version, the publisher mentioned that it is still “playable on PS5 & Xbox Series X|S“, which will run “up to a sweet 4K 60FPS“.

Choose your mighty Valkyrie to repel the hordes.

Feel the pulsating beat as you shoot, jump and dodge.

As a Valkyrie fighting against hordes of demonic monsters in the randomly generating dungeons of Helheim, BPM: Bullets Per Minute requires players to keep to the game’s rhythm when shooting, reloading, dodging, and jumping, to wrack up a high score, while the hellish difficulty continues ramping up.

In a four-star review of the PC version, NME called BPM: Bullets Per Minute “a diabolical three-way marriage between rhythm-action, first-person shooter and roguelike” that is “brutally tough, unpredictable, but a hell of a good time”. It was also listed in our 20 best games of 2020.

Elsewhere, fans of first-person shooters are enjoying the release of Deathloop on PS5 and PC. However, despite rave reviews, the game has been review-bombed on Steam over complaints of frame stuttering on the PC version, which some believe is a result of anti-piracy software. While the reason for performance drops have not yet been confirmed, Arkane Studios has said it is actively investigating the issue.

The time-loop shooter is also under fire for a lack of accessibility options, which on the PS5 makes it only possible to navigate menus using the stick as an onscreen cursor.

The post Rhythm roguelike FPS ‘BPM: Bullets Per Minute’ coming to PlayStation and Xbox in October appeared first on NME.