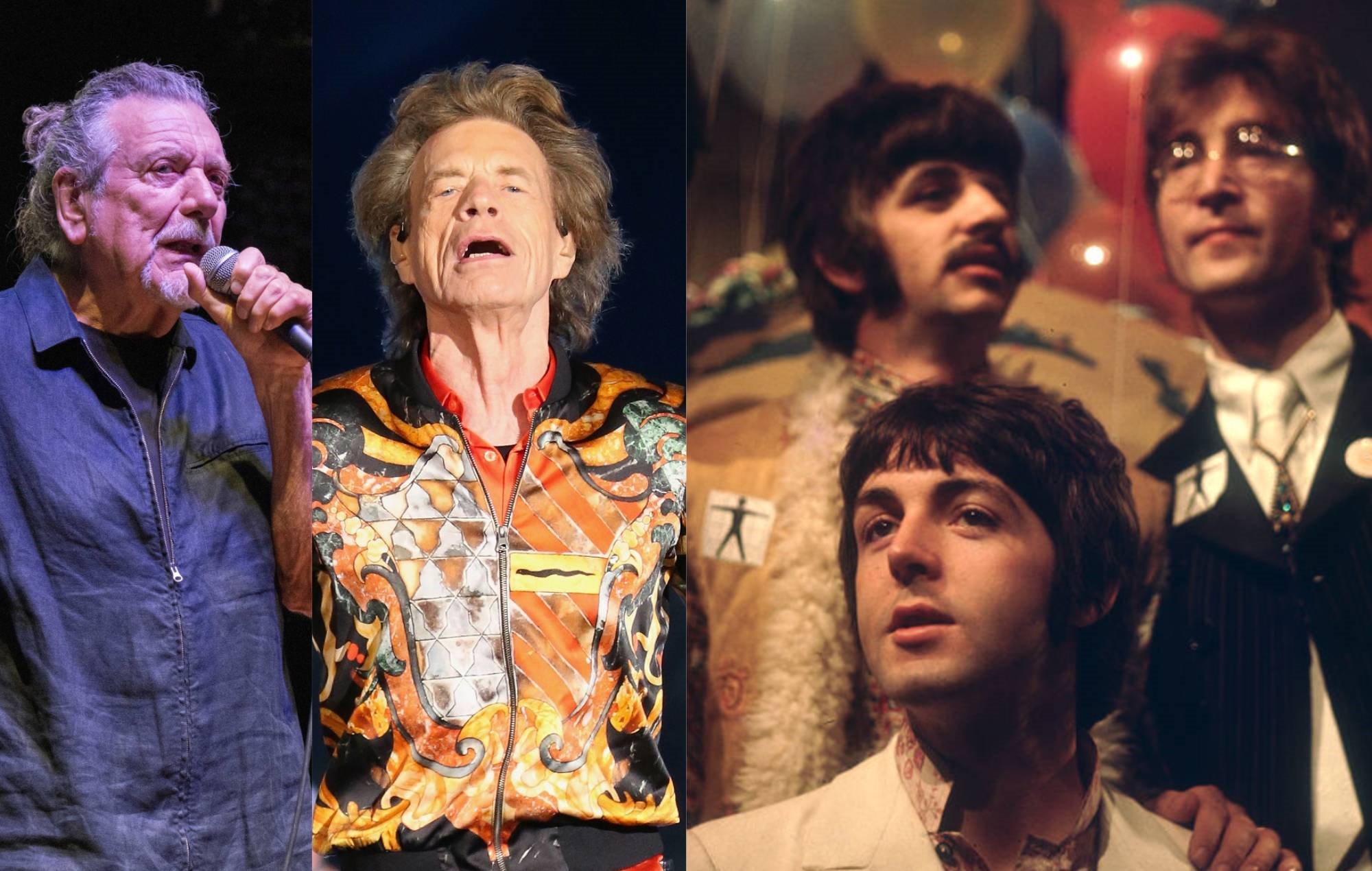 Robert Plant reckons he knows how The Beatles and The Rolling Stones can resolve their long-running feud.

Both iconic bands have taken a pop at each other over the years, with the most recent dispute kicking off last month when Paul McCartney branded the Stones “a blues cover band”.

Mick Jagger hit back at his comments during a recent show in Los Angeles. “There’s so many celebrities here tonight. Megan Fox is here, she’s lovely. Leonardo DiCaprio. Lady Gaga. Kirk Douglas. Paul McCartney is here, he’s going to help us – he’s going to join us in a blues cover later,” he retorted.

McCartney made similar comments about the Stones last year before Jagger responded by joking that “there’s obviously no competition” between the two bands.

“One band is unbelievably luckily still playing in stadiums, and then the other band doesn’t exist,” he said.

Now, Plant has played down the rift between the two bands.

“I don’t think there’s any fighting,” he told Rolling Stone in a new interview. “They’ve known each other since 1963. They love each other desperately.”

As for resolving the feud he said that McCartney “should just play bass with the Stones”.

Meanwhile, Plant has admitted that the recent legal challenge over Led Zeppelin‘s classic track ‘Stairway To Heaven’ was “unpleasant” and “unfortunate”.

Michael Skidmore, a trustee for the estate of Spirit guitarist Randy California, first filed a lawsuit against the British band in 2014 over the track.

He claimed that their 1971 hit had violated the copyright of Spirit’s 1968 song ‘Taurus’.

Led Zeppelin eventually won three legal attempts over the case with the most recent one (in October 2020) resulting in the US Supreme Court declining to hear the case.

The post Robert Plant suggests resolution to The Beatles vs The Rolling Stones feud appeared first on NME.