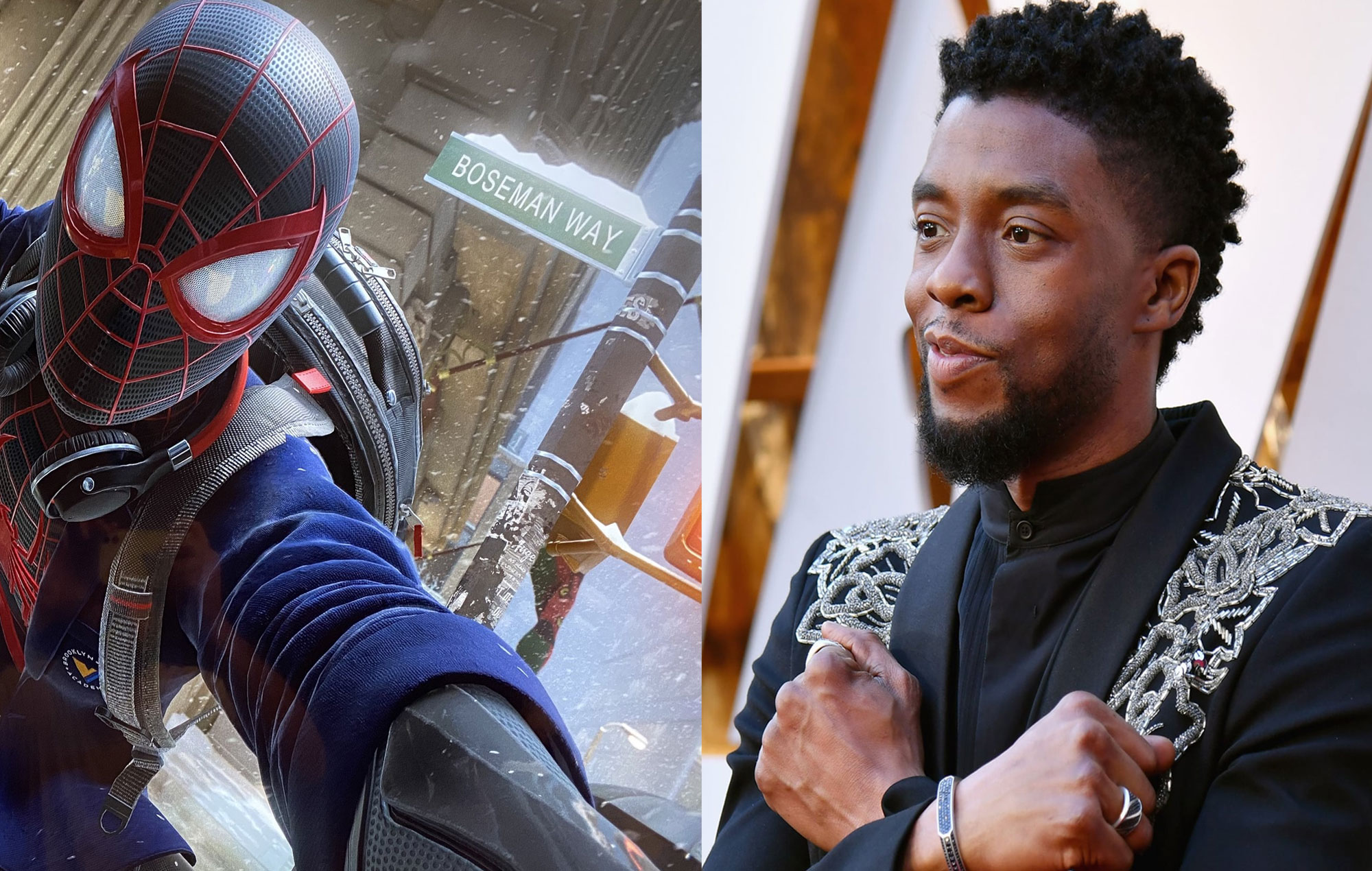 A tribute to the actor, who died in August at the age of 43, had already been spotted in the game’s credits, but now another reference to Boseman has been found in the form of a street named after him.

Spider-Man: Miles Morales features a dedication and tribute to Chadwick Boseman in its end credits

The Easter Egg was found by reddit user RollieDell, who discovered that 42nd Street had been changed to Boseman Way as a memorial to the deceased actor.

The significance of Boseman Way being on 42nd Street comes from the number 42, something that has been referenced in many Miles Morales outings, from the original comic, to Into-The Spider-Verse, and now Insomniac’s take on character.

It is both a reference to Hitch Hiker’s Guide To The Galaxy and Jackie Robinson, the first Black player to play in Major League Baseball, as confirmed by character creator Brian Michael Bendis in a 2014 blog post.

Boseman also played Robinson in the film 42. The street bearing the name is also situated between 1st and 3rd street, matching Robinson’s role as a Second Baseman. Miles’ social media handle in the game is also BrooklynSpider42, further cementing the link between the three.

This isn’t the first Easter Egg found in the game, with fans having discovered both the Black Lives Matter suit and Mural, and a Wakandan Flag, among others.

Meanwhile, plans have been put in place to begin shooting Black Panther 2 next July, according to recent reports.

Original plans to begin production next March were delayed after the sudden death of lead star Chadwick Boseman.

Now, July 2021 has become the next proposed date to begin filming the sequel, according to The Hollywood Reporter. Sources have said that the shoot will begin in Atlanta, Georgia next summer, and last for six months or more.