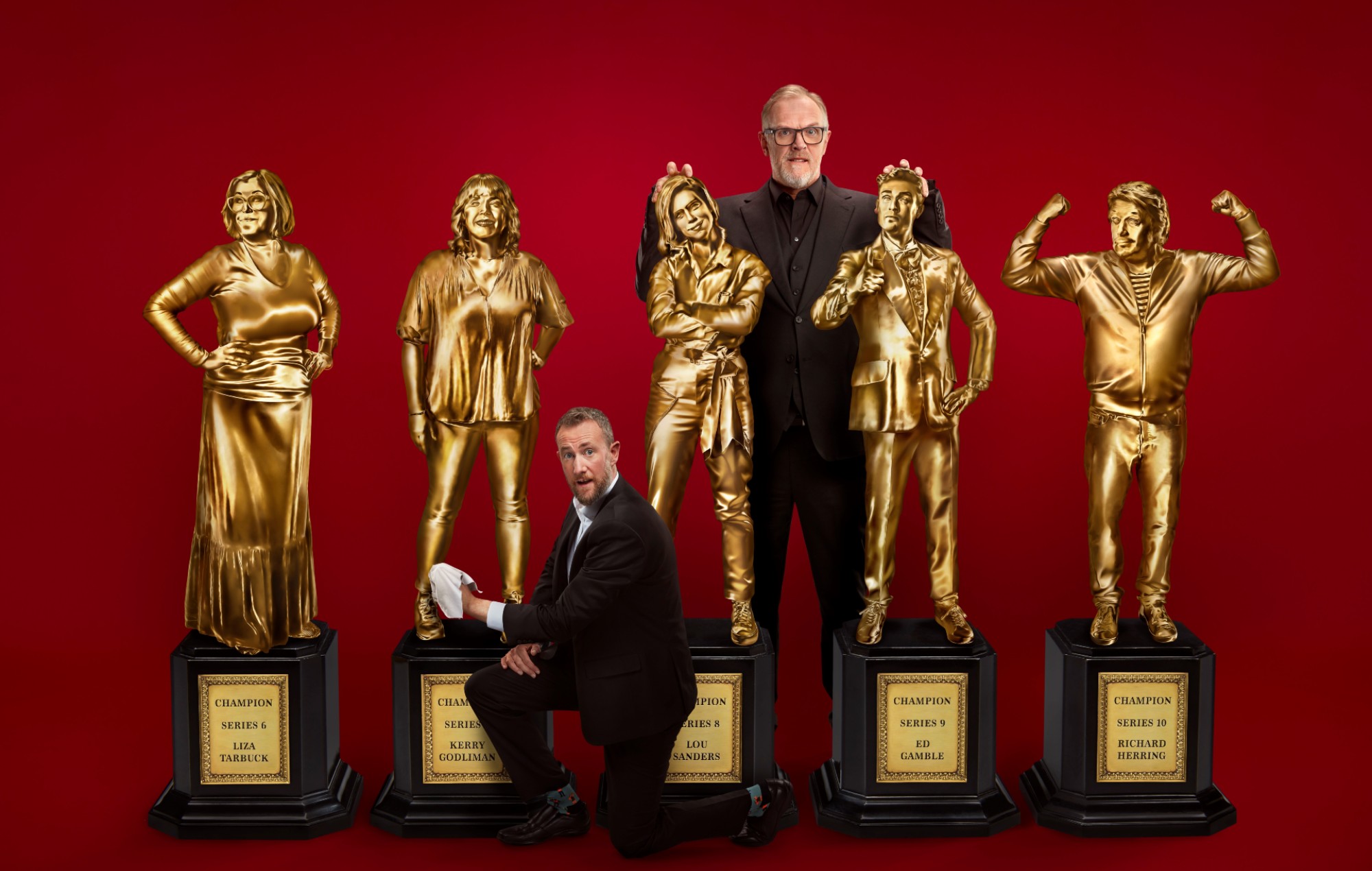 Taskmaster has revealed its celebrity line-up for series 14.

The BAFTA and National Comedy Award winning game show will soon return to Channel 4, although an air date is yet to be officially confirmed.

Greg Davies will return to his throne as the titular host of the show, as will his assistant Alex Horne, to help judge and adjudicate the celebrities as they carry out a number of bizarre and challenging tasks.

News of the new line-up comes after the Channel 4 show enjoyed the one-off special Taskmaster Champion Of Champions tonight (June 23), in which the winners from series six to ten reunited to determine an overall victor.

The former champions included Richard Herring, Liza Tarbuck, Kerry Godliman, Lou Sanders and Ed Gamble. And in the end, it was Herring who emerged victorious, joining comedian Rob Beckett as the second-ever winner of the spin-off special.

The upcoming series is written by and star Horne alongside his band, The Horne Section.

“I’ve always thought the title of a show is indicative of the quality of the writing within a show, so The Horne Section TV Show looks set to be pretty special,” Horne said in a statement.

“I’ve known some of these musicians for over 40 years and I can safely say that it’s very weird that any of them are now going to be in a six-part scripted comedy series on Channel 4.”