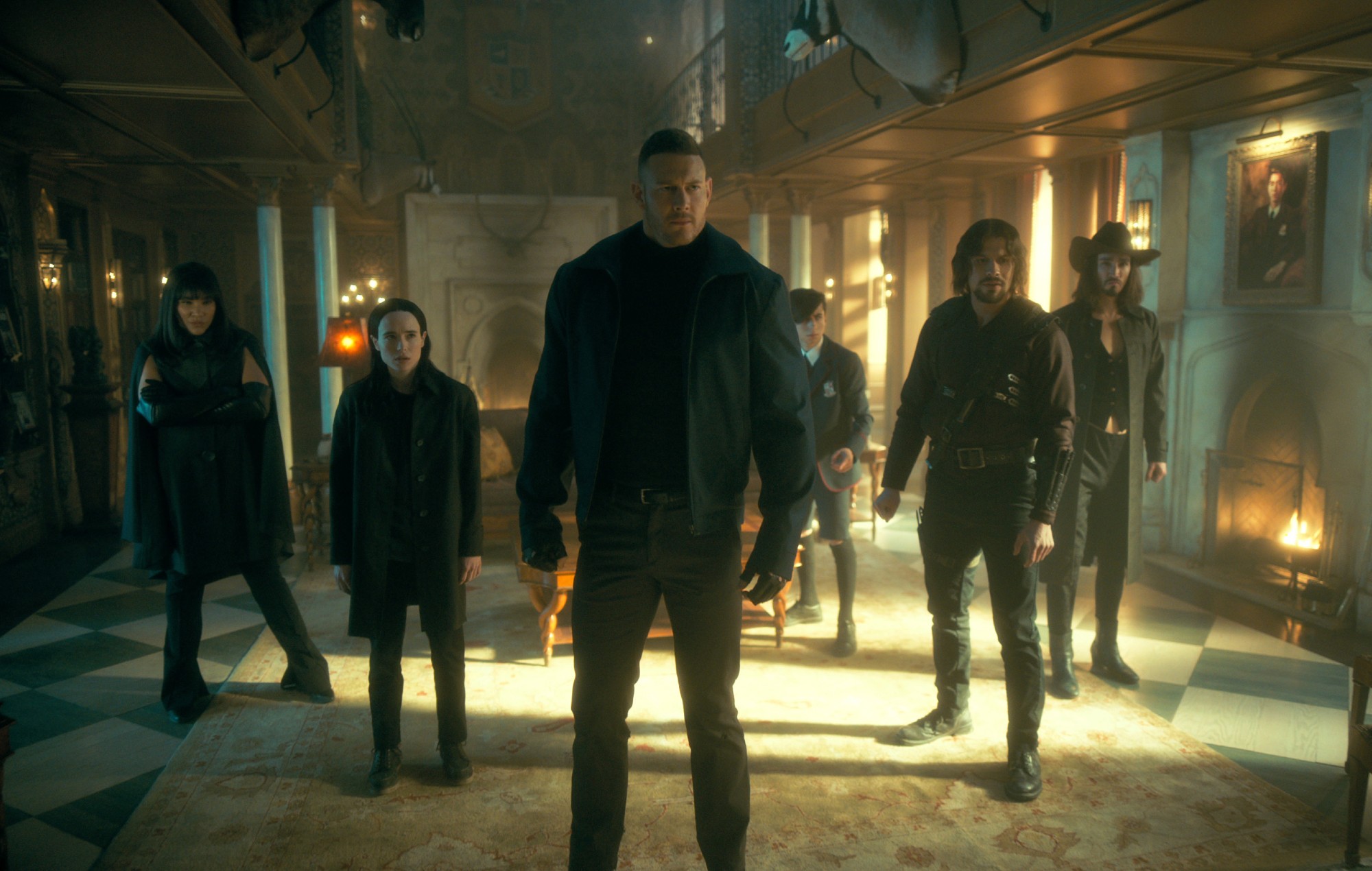 For the first two seasons of The Umbrella Academy – the Netflix show based on a comic book series of the same name from My Chemical Romance‘s Gerard Way – the titular family were the super-powered straight men to a world growing ever more insane. From cartoon-mask-wearing assassins to an agency dedicated to time travel, the band of former crime-fighters found themselves repeatedly out of their depth, with only a barbed comment or zany scheme to help. They spent as much time fighting each other, as they did the enemy.

Season three does away with a lot of that surreal baggage. After saving the world twice, there’s not a lot they (or the audience) haven’t seen, so this new season doesn’t waste time simply trying to do the same again, just bigger. Instead, this surprisingly grounded season allows our protagonists a chance to grow, evolve and really shine.

Fear not, though: for all the brilliant, emotional depth that season three harvests, this is still the strangest superhero show on streaming.

After avoiding two apocalypses in three weeks (the last taking place in Dallas, 1963 with the group also embroiled in the assassination of JFK), our loveable misfits return to their own time to find they’ve been replaced by another gang of heroes – The Sparrow Academy. Adored by the public and working together like a unit, they quickly put the Umbrellas in their place; while their rivalry is present throughout the season, it’s more nuanced than good versus bad.

The stakes are higher this time around (end of the universe, rather than just the world) and the science fiction is just as mind-boggling, with paradoxes and different timelines all getting a look in. Luckily The Umbrella Academy spends less time on the sci, and more on the fi, with a streamlined storyline meaning not a minute of the ten-episode season is wasted.

Tackling themes of family, belonging and power, season three finds our heroes dealing with childhood trauma and the heartfelt weight of all they’ve lost over the past two seasons.

Allison (Emmy Raver-Lampman) takes hit after emotional hit across this run of episodes, and makes the audience feel every blow, while both Klaus (Robert Sheehan) and Diego (David Castañeda) finally deal with their long-standing daddy issues. Viktor (Elliot Page) really comes into his own, though, after spending two seasons as the meek outsider. Confident, sure of himself but with that same vulnerability, he brings heartwarming sincerity to a universe that’s often cold and callous.

The Umbrella Academy has always walked the line between The Boys’ over-the-top superhero rampage and the Marvel Cinematic Universe’s grounded morality, but remains its own unique thing. Season three might be less madcap than what’s come before, but it’s no less bizarre, bold or brilliant.

‘The Umbrella Academy’ season three arrives on Netflix on June 22.