Wolf Alice are stranded in America, might miss Glastonbury 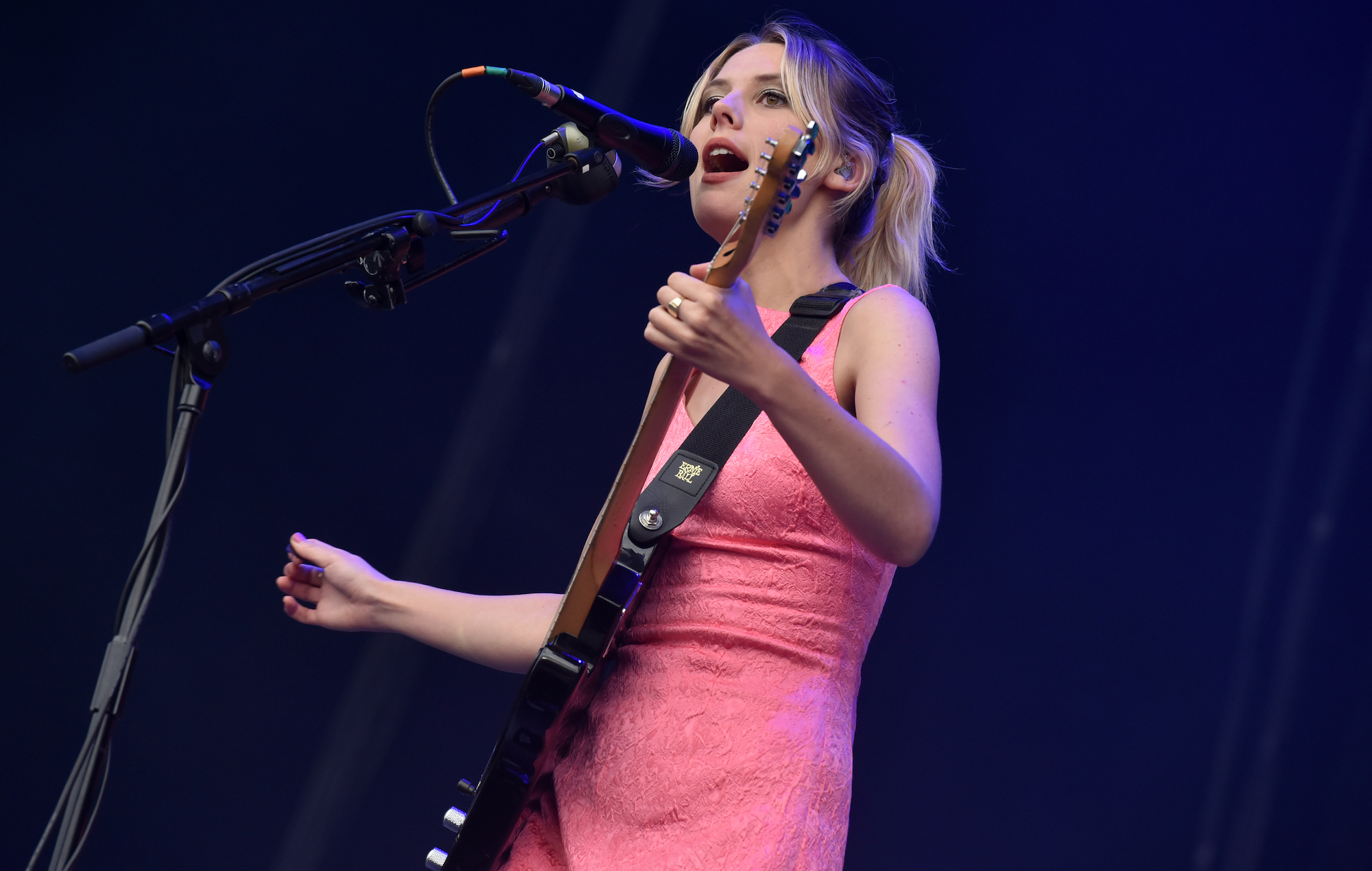 Wolf Alice are currently stranded in Los Angeles after their flight was cancelled, putting their Friday evening slot (June 24) at Glastonbury Festival in jeopardy.

The band were in America to support Bleachers on Monday night (June 20) and Halsey on Tuesday (June 21). In the early hours of this morning though, they took to Twitter to ask “has anyone got a private jet in LA?”.

They followed it up a minute later by explaining “Our flights been cancelled and we need to get to Glastonbury, not joking.”

A few hours later, drummer Joel Amey shared the original tweet, adding that they were “having a shocker.”

Spoke to soon having a shocker https://t.co/KDHWmMC43O

The band is due to play Friday 4:45pm on the Pyramid Stage ahead of Billie Eilish and Sam Fender. Wolf Alice last played Glastonbury in 2016 but did take part in last year’s Live At Worthy Farm virtual concert.

The band aren’t the only ones with a question mark over their appearance at Glastonbury Festival this weekend after The Chemical Brothers cancelled their show in Dublin tonight due to a positive COVID test in their camp. That show has been rescheduled to 2023.

Earlier this week, The Chemical Brothers were confirmed to be appearing on the Friday of Glastonbury but they’ve yet to confirm if their DJ set at the Arcadia spider will go ahead.

.@ChemBros are sorry to announce they have had to reschedule their show at Musgrave Park, Cork, Ireland on Thursday June 23rd, 2022, due to Covid in band and crew. The show will be rescheduled to 2023. A further announcement on rescheduled date will be made in due course. pic.twitter.com/bkLGwCS1dl

It comes as The Damned have been forced to pull out of the festival, also due to COVID.

It’s also been said that this week’s rail strikes are set to “risk misery” for thousands of live music fans, the chief executive of UK Music has warned, with half of all trains to Glastonbury cancelled.

The Glastonbury festival gates opened at Worthy Farm at 8am yesterday, with festival organiser Eavis and her dad Michael on hand to welcome in the first ticketholders.

Speaking about the experience after the festival was cancelled in 2020 and 2021 due to COVID, Eavis said: “We’ve never all collectively been through such an extreme time together. So to actually be able to see people there, welcome them in and just watch them streaming in and just running to pitch their tents up and fill the fields, it’s just an amazing feeling.”

The latest weather forecast for the Pilton area suggests a sunny start today with temperatures reaching 25°, though there is the possibility of light rain showers from Thursday to Sunday.